Skip to content
Update on Workers’ Comp Reform in Ontario 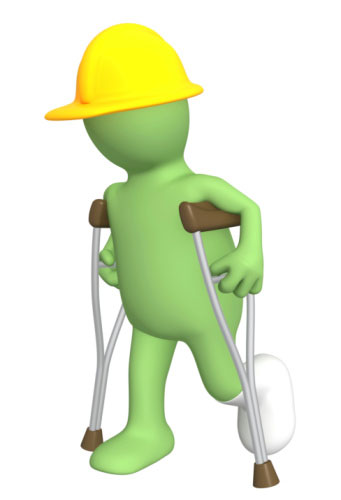 The OHS laws aren’t the only target of reform in Ontario. The province has also taken a look at the Workplace Safety and Insurance Board (WSIB), which is currently running a huge deficit and won’t have enough money to pay workers’ comp claims unless something’s done.

In response to the WSIB’s 2010 Annual Report, the government formed the Arthurs Commission to recommend changes to the current workers’ comp system. On Jan. 19, 2011, the Commission issued a Green Paper outlining the situation and what it intends to do about it, including the issues on which the panel planned to focus.

The Commission held hearings and was expected to issue its report in March 2012, which didn’t happen. But Michael Zacks, director and general counsel of the Office of the Employer Advisor, recently attended a presentation by Prof. Harry Arthurs on the Commission’s final report to the WSIB.

Arthurs said that the report has been provided to the WSIB’s board of directors and to the MOL and that he had met with these groups to go over his recommendations.

The Report hasn’t been made public yet nor does Arthurs know when it will. But he did provide an overview of his recommendations. Here’s an outline by Zacks of the recommendations Arthurs commented on:

Arthurs said that with the current deficit level, the WSIB is at risk of tipping (that is, falling below a 60% funding ratio), at which point the WSIB won’t be unable to meet its obligations. He recommended a short term and long term approach. In the short term, the funding strategy should be to reduce the risk of tipping; in the long term, the funding ratio should be close to full funding.

Arthurs said that government interference with the WSIB’s rate setting process has been the major problem with rate setting.  The system needs to restore integrity to this process. He offered the following rules for rate setting.

The WSIB should commit to a process on how rates should be set and must drive the rate setting process. It should be the Chief Actuary’s job to set the rate. The WSIB can accept that rate, reject it or get further advice from its actuarial advisory counsel. Both the Chief Actuary and the WSIB must give clear, public reasons for their decisions. The Chief Actuary must report to the WSIB’s board of directors—not the president.

Arthurs recommended that this process by included in the Workplace Safety and Insurance Act. The MOL should be able to override the WSIB’s proposed rate only by a formal direction if there was an economic emergency.

Interestingly, Arthurs also recommended that the WSIB no longer engage in a consultation process on rate setting as this process allows stakeholders to start putting political pressure on the government and the WSIB to lower the proposed rate.

Arthurs reiterated that rate groups are illogical. He didn’t recommend covering all industries; rather, he recommends grandfathering the existing exempt industries but covering all new industries.

He also recommends eliminating the existing classification model and adopting the standard North American industrial classification system that many other Canadian workers’ comp boards use.

There should be fewer rate groups with irrational distinctions between them. Arthurs proposes consolidating rate groups into 20-60 sectors. Employers in a sector would have other interests in common, primarily health and safety interests. This structure would reduce appeals, transaction costs on revenue audits and appeals, and serve to spread the insurance risk among a broader pool of employers, thus helping to stabilize rates.

Arthurs emphasized that all employers must pay their fair share, including Schedule 2 employers. He said that if a Schedule 2 employer has no claims in any year, it should be charged a fee that represents the statutory obligations that the WSIB must pay and from which the employer may benefit, including the health and safety system infrastructure (investigations, enforcement, the CPO and the SWAs).

He also recommended that the government repeal Sec. 96 to allow future employers to carry the unfair burden of past claims.

Arthurs recommended continuing experience rating only if it’s founded on supporting prevention and return-to-work (RTW). He noted that the WSIB must take serious steps to end employer abuse. He suggested a pilot program using the new experience rating model on a sector or class to see if the new model to be developed by the WSIB is achieving prevention and RTW and operates without employer abuse.

Arthurs didn’t recommend a separate fund for occupational diseases. He recommended differentiating between known diseases and currently unknown diseases. Known diseases would be charged to the sector group where the disease arose. For new diseases, costs would be divided between Schedule 1 level and class/sector level.

Arthurs said there’s no justification for differentiating between totally and partially disabled workers. He recommended 100% indexation on future benefits and a partially adjusted cost based on the date of injury.

Arthurs commented that the WSIB doesn’t have enough information to make informed decisions on many of the issues it’s facing. It needs to do more research. There should also be more joint employer/worker meetings to discuss contentious issues. He believes this approach will result in better understanding between the groups and better policy development.

We’ll let you know when the Arthurs Commission releases its final report to the public and will help you understand what it means for Ontario employers.

Go to the Ontario OHS Reform Compliance Center to stay on top of the latest developments in Ontario, including both the OHS reform process and workers’ comp reform.