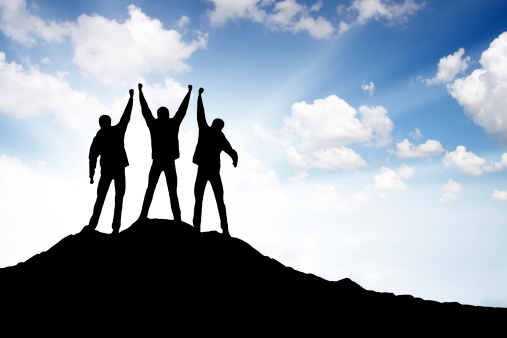 The IRS is based on the idea that all workplace stakeholders—from CEOs down to workers—are responsible for workplace health and safety. But when a company’s safety culture or OHS program needs improvement, which of those stakeholders is critical to leading that change? According to a recent study by researchers from the Institute for Work & Health (IWH), one key to improving a poor health and safety record is the presence of an OHS champion, who drives the necessary changes. Here’s a look at the study and its findings.

The IWH study, called “Breakthrough Change,” was lead by IWH Associate Scientist Dr. Lynda Robson. Robson and her team examined statistics from the Ontario WSIB between 1998 and 2008, looking for companies that started out among the 50% with the highest claim rates in their subsectors and ended up among the 20% with the lowest rates over the 10-year period. They did brief interviews to ensure that the companies experienced this change as part of an intentional effort to improve health and safety—not as a result of reorganization or another unrelated reason.

The researchers focused on four organizations, touring the workplaces and conducting interviews with about 10 individuals at each. They also drew on a wide range of documents, including notes from the JHSCs to Ministry of Labour (MOL) records of orders. The goal: to put together a picture of the health and safety risks at these workplaces and the reasons why claims rates may have declined.

Robson’s team found some common elements to these organizations’ OHS improvement process. For example, some type of external influence on the organization, such as market pressure or an MOL order, helped start the process and align three factors:

Once the change process was in place, other common factors came into play, including:

The study found that the OHS champion plays a key role in not only integrating OHS knowledge, but also fostering the positive social dynamics that help build momentum for change. Although that champion may go by different titles—whether “human resources manager” or “health, safety and environment coordinator”—what was consistent among the organizations was how this person:

In an article about the study in the CSSE’s newsletter Contact (vol. 35, no. 1, pp. 8-9), Robson said, “In the workplaces we studied, there was always one individual we call the knowledge transformation leader. This person was the orchestrator of change. He or she applied effective organizational and people skills to transform the OHS knowledge into policies, procedures and practices that ultimately reduced the OHS risks for employees.”

Here are two examples of OHS champions identified in the study:

Tess. An OHS coordinator identified in the study as Tess was hired by a metal machinery parts manufacturer employing 200 people. Tess brought to the role both a passion for health and safety and great personal charm. From her first day on the job, Tess was eager to learn about workers’ jobs and the hazards involved. With managers and workers alike, she took time to explain the rationale for rules, using not only arguments but also appeals to emotion.

Tess had an astute understanding of the process of change. For example, when warned that certain people could be difficult, she made sure to meet them early on and in doing so neutralized their potential opposition. Knowing the value of “early wins,” she first tackled the small but visible changes and built worker support for the process.

Stan. Stan was a human resources manager at a community agency working with people with disabilities. Staff at the agency credited him for his quiet persistence as well as his ability to communicate the issues. Tapping into the OHS knowledge of a consultant at a health and safety association, Stan was also able to win the support of senior managers and involved workers at all levels.

Stan engaged front-line supervisors and created opportunities for them to discuss draft policies, develop new practices and take on leadership roles through train-the-trainer programs. He involved the worker co-chair of the JHSC early in the process, who in turn played a big role in bringing others onside. Their joint commitment spread to the other JHSC members. As one worker told the researchers, the committee went from being boring and dry to rewarding, as members started to see all that was being accomplished.[/learn_more]

Breakthrough change isn’t a solo act, Robson notes. No one individual can bring about systemic and sustainable change in an organization. As the IWH study demonstrates, many factors need to align for change to take hold. But “what the study shows is that one person, working with others, can build momentum,” she adds. “The health and safety champion may not be able to do it alone, but he or she can help organizations move a long way toward improved health and safety,” says Robson.

As a safety professional, you’re in the perfect position to be the OHS champion in your company. By following the example of safety leaders such as Tess and Stan, you may also be able to drive improvement of both the health and safety record and safety culture in your workplace.