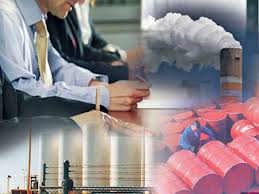 Due diligence is more than a defense to environmental violations—it’s an approach to compliance that can protect the environment (and workers) and prevent incidents from ever occurring. That’s why it’s so important that EHS professionals understand the elements of due diligence. But this apparently simple concept can be quite complicated when you try to apply it to your workplace and operations. And there are no assurances that the steps you believe are reasonable to ensure compliance with the environmental laws and prevent violations will pass muster when examined by a court. However, because courts rely on the decisions in other due diligence cases when deciding the ones before them, you can examine these decisions for guidance on what constitutes due diligence and which factors the courts will focus on in their analysis.

The Environmental Compliance Insider’s annual Due Diligence Scorecard can help you make such comparisons. Since 2007, the Insider has compiled recent reported environmental compliance cases involving the due diligence defence from across Canada into a Scorecard. This year’s version picks up where last year’s left off—in Sept. 2013. First, we’ll review the key facts about due diligence and then look at the facts and decisions in the cases.

5 KEY FACTS ABOUT DUE DILIGENCE

Here’s a brief review of five key facts about the due diligence defence:

Example: In BC, the Crown announced that no charges would be filed against a sawmill based on an explosion and fire that killed two workers and injured many others. The government said there was no substantial likelihood of conviction for any regulatory offences due to the inadmissibility of some of the evidence gathered by investigators and the sawmill’s likely due diligence defence [Babine Forest Products, Govt. News Release, Jan. 10, 2014].

Example: A new diesel fuel tank was installed and connected to two existing tanks on the 34th floor of a building. The new tank was to serve as the fuel reservoir for a new generator on the 36th floor. The building’s operations supervisor discovered a sizeable leak from the tank. He and other workers tried to clean it up. The supervisor contacted the operations manager, who eventually reported the spill about two hours after it was initially found. The court convicted the building’s owners and operators of failing to immediately report a spill in excess of 50 litres in violation of the Safety Codes Act and rejected their due diligence defence. The appeals court upheld their convictions. They should’ve tried to determine the amount of the spill much sooner and not waited until two hours after the leak was first discovered, said the court. And it was clear much sooner than that that the 50 litre reporting threshold had been met [R. v. 1023803 Alberta Ltd., [2014] ABQB 645 (CanLII), Oct. 23, 2014].

For the first time since we’ve compiled the Scorecard, this defence succeeded more often than it failed. In this year’s Scorecard:

Wins. The defendant won in four cases from NL, NS and SK (although a new trial was ordered in one of the cases).

Losses. The defendant lost in one case from Saskatchewan.

Insider Says: One of the cases in this year’s Scorecard, R. v. Rideout, is a decision overturning the defendant’s conviction, which was included in last year’s Scorecard.

For each of this year’s five cases, the Scorecard tells you what happened, whether the company (or individual) won or lost and how the court analyzed the due diligence defence. In Part 2, we’ll explain the lessons you can learn from these cases and how to use them to evaluate your EHS program.

Here’s a synopsis of five cases decided since Sept. 2013 in which a court had to evaluate a company’s (or individual’s) due diligence defence in an environmental prosecution

What Happened: A fisherman’s license barred him from catching any common welk shorter than 63mm in length. To comply with his license, he used a welk grading table designed to sort the smaller welk from the legal-sized ones. After an inspection by DFO officers found that 21.5% of his catch included welk under the legal limit, he was convicted of violating the Fisheries Act. The trial court found that the fisherman’s licence didn’t allow him to catch any undersized welk. Although he followed the industry standard and used a grading table to sort his catch, the table didn’t accurately separate the undersized well from the legal fish. And the fisherman was aware of this problem. So as long as the law required a minimum length, it was the fisherman’s duty to “come up with a workable system, which will ensure compliance with the regulation,” explained the trial court. The fisherman appealed.

Ruling: The Supreme Court of Newfoundland and Labrador overturned the conviction and ordered a new trial.

Analysis: The appeals court said the trial court had applied “too high” or “too exacting” a standard of due diligence. The fisherman followed industry standard in using the grading table to cull the smaller welk. There was no evidence of another workable system to ensure compliance with the law short of measuring each welk individually, which was nearly impossible. So the appeals court ordered a new trial at which the court would have to measure the fisherman’s compliance efforts against the standard of reasonable care, not a higher standard.

What Happened: During a compliance inspection of a dry cleaning business, inspectors from Environment Canada found a 45-gallon drum of the chemical tetrachloroethylene—commonly known as PERC—that was improperly stored because it didn’t have a secondary containment system. As a result, the business and one of its directors were charged with violating the PERC regulations under CEPA.

Ruling: The Provincial Court of Saskatchewan acquitted the defendants, ruling that they’d exercised due diligence.

Analysis: The court noted that the inspectors had conducted a thorough and comprehensive inspection of the business, which was otherwise in compliance with all environmental requirements. The drum in question had been delivered five days before the inspection. The director was away at the time. In fact, his first day back to work was the day of the inspection. The director had a system for complying with the PERC regulations, which involved transferring the PERC from the large drum into smaller containers and then placing those containers into secondary containment. And he’d planned to do the same with this drum of PERC when the inspectors arrived. Thus, the court found that the defendants had acted with due diligence as to the storage of PERC at the business.

What Happened: The fishing season for turbot ended at 4:00 pm on June 4. Two fishermen didn’t remove their nets until June 9. They were charged with fishing during a closed time in violation of the Atlantic Fishery Regulations under the Fisheries Act. The fishermen admitted the violation but argued that bad weather made it too dangerous for them to remove their nets on  June 4.

Ruling: The Provincial Court of Newfoundland and Labrador acquitted the fishermen, ruling that they’d exercised due diligence.

Analysis: The court said the fishermen’s due diligence defence was basically that compliance through all reasonable steps couldn’t be achieved because the weather made it too dangerous to take such steps. It explained that due diligence doesn’t require making superhuman efforts or exposing oneself to unreasonable danger. In this case, bad weather prevented the fisherman from safely retrieving their nets before the end of the season. And due diligence doesn’t require putting compliance before their personal safety and the safety of their crews, concluded the court.

What Happened: An oil company was granted a licence to drill wells on Crown land. The licence required the company to perform certain reclamation work and to finish such work within 30 days of the completion of the project. When the company didn’t do the reclamation work, a forestry official issued it an order, requiring it to do such work. The company didn’t comply with the order, either. So it was charged with failing to comply with the terms of its drilling license and an order by not reclaiming three well sites.

Ruling: The Provincial Court of Saskatchewan convicted the company, ruling that it hadn’t exercised due diligence.

Analysis: The court said the evidence was overwhelming that no reclamation of any kind was done on any of the well sites. In addition, there was no evidence that anyone in the government had ever said or done anything that might have led the company to believe that it didn’t have to comply with the terms of its licence. Given that the company didn’t take any steps to comply with the reclamation requirement of its licence—or the subsequent order—it didn’t exercise due diligence.