Skip to content
WINNERS & LOSERS: The Importance of Who Actually Does the Remediation When Bankrupt Companies Face Environmental Orders

Want to know a secret? Safe workers are more productive, profitable and efficient! Want to know another secret? Our members report an average of 45% reduction in accidents & incidents, 43% reduction in liability insurance premiums, ROI in less than 2 months, 150 hours saved/employee/year, and more. OHS Insider & HR Insider is your one-stop for expert legal advice, easy-to-implement tools, compliant policies, training, documentation and more. FIND OUT MORE...
WINNERS & LOSERS: The Importance of Who Actually Does the Remediation When Bankrupt Companies Face Environmental Orders
Favorite Print Email 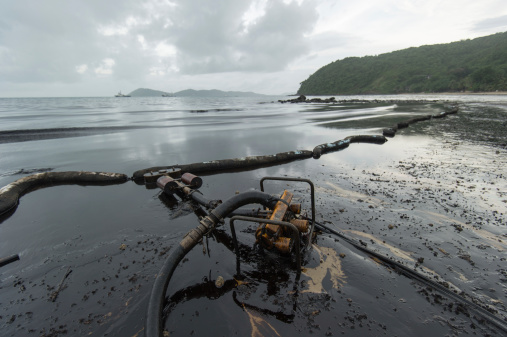 In the last few years, there have been several cases involving bankrupt companies that have been issued environmental orders, such as orders to remediate contaminated property. (The most notable was the Supreme Court of Canada case, Newfoundland and Labrador v. Abitibi-Bowater Inc., [2012] SCC 67 (CanLII), Dec. 7, 2012.) The issue in these cases is whether the government can compel these companies to spend money to comply with such orders before they pay their creditors. The Court of Appeal in Ontario recently issued two decisions—on the same day—in cases involving this issue. One of the key factors in these decisions: whether the government is doing or likely to do the remediation work itself.

GOVERNMENT UNLIKELY TO DO CLEANUP

A company used to run manufacturing operations at five sites in Ontario. When it disposed of those sites in the late 1990s, it learned that the properties were contaminated  and required remediation. After the company filed for bankruptcy, the MOE issued remediation orders to the company as to these sites. The company argued that it was protected from all financial claims against it, including the MOE orders, which would require it to spend about $18 million to investigate and remediate the contamination. The lower court “stayed” or essentially dismissed the MOE orders. So the MOE appealed.

The Ontario Court of Appeal reinstated four of the five MOE orders.

As to four of the five sites, there were other parties bound or who could be bound by the remediation orders, including other former owners as well as the current and any subsequent owners of the properties. So because it wasn’t sufficiently certain that the MOE would be forced to remediate these properties, the Court reinstated the orders for those four properties. But as to the fifth, it was sufficiently certain the MOE would have to take over cleanup of the property and then seek reimbursement from the company. Thus, this order was essentially a monetary claim and so it was properly “stayed” under the bankruptcy law, concluded the Court.

GOVERNMENT LIKELY TO DO CLEANUP

A company operated a manufacturing and processing facility in Ontario from about 1981 to 2009. It used the chemical trichloroethylene, a carcinogen, in its operations, which also produced waste containing heavy metals. The company actively monitored the contamination at the site and in the surrounding community and had begun remediation. But in 2012, the MOE, concerned that the company wouldn’t be able to continue its voluntary remediation because of financial problems, issued two remediation orders to it. Several months later, the company filed for bankruptcy. It sold all of its assets except for this property, which no one was willing to buy. The company stopped remediation and abandoned the property. The court stayed the MOE orders under the bankruptcy law and so the MOE appealed.

The Ontario Court of Appeal upheld the stay of the MOE orders.

In this case, the Court concluded that the MOE had no realistic alternative but to remediate the property itself. In fact, the MOE had already started the cleanup. The property had been contaminated by the company’s operations and so no former owners could be compelled to remediate it or pay for the cleanup. The company couldn’t sell the property so there was no subsequent owner who could become subject to MOE orders. And the company had ceased its efforts to clean up the property. Thus, it was sufficiently certain the MOE would end up remediating the site and eventually seek reimbursement from the now bankrupt company. As a result, the Court concluded that the remediation orders were essentially monetary claims that had to be stayed under bankruptcy law.