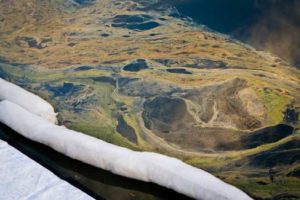 There are two federal laws that apply to E2 plans:

CEPA. Part 8 of the Canadian Environmental Protection Act, 1999 (CEPA) covers environmental emergencies. Sec. 199 gives the federal Minister of the Environment (the Minister) authority to require the preparation and implementation of E2 plans for substances listed or recommended for inclusion in Schedule 1 of the CEPA. Under Sec. 200, the Governor in Council, on the Minister’s recommendation, has established a list of substances that, if they enter the environment as a result of an environmental emergency, may be harmful to the environment, its biological diversity or human life or health (the “E2 substances”). This section also authorizes the Minister to issue the so-called E2 Regulations requiring a person or class of persons to prepare and implement an E2 plan that covers the prevention of, preparedness for, response to and recovery from an environmental emergency related to E2 substances.

E2 Regulations. The E2 Regulations flesh out the requirements for E2 plans under both Sec. 199 and Sec. 200 of the CEPA, including:

Many of the changes to the E2 Regulations are very technical. For example:

In terms of E2 plans, the regulations now require such plans to inform members of the public who may be adversely affected by an environmental emergency of the measures the facility will take and what the public should do in the event of such an emergency.

To help facilities comply with the E2 Regulations, Environment Canada recently released an updated Implementation Guidelines for the Environmental Emergencies Regulations. Click here for an E2 Plan Preparation Checklist based on one in the guidelines that you can use to ensure that your facility’s plan complies with all of the requirements—new and old.