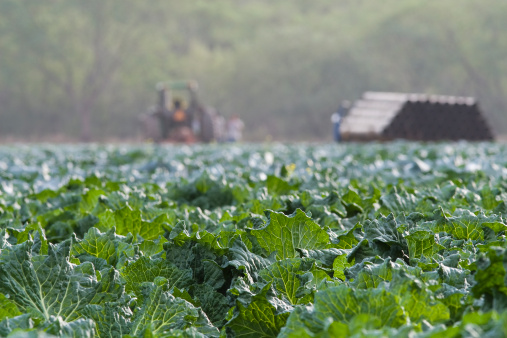 Employers, contractors and prime contractors (which we’ll refer to collectively as “employers” for simplicity’s sake) should be aware that a temporary labour camp may be a “work site” under OHS legislation and therefore all of the OHS legal requirements apply equally to the camp. Although workers may treat the temporary labour camp as home, in the sense they eat, drink and sleep there, OHS law doesn’t necessarily take the same approach. Employers may be held liable under OHS law when workers are injured at camp. Accordingly, employers must ensure their health and safety management system is also implemented at these camps.

Given that many camps are situated in remote areas where emergency response often isn’t immediately accessible, safety policies should be strictly enforced by employers to prevent incidents in the first place. During orientation and in safety meetings afterwards, make workers understand that the gravity of the rules is especially important because of the risks of working in remote camps and that there will be little to no leniency for breaches of the rules. Preventing incidents also requires frequent safety meetings where workers are reminded of the specific hazards unique to the remote worksite. The topics discussed should be recorded as part of the safety meeting minutes to provide evidence that the workers are regularly reminded of the rules and the importance of following them. Also, regularly remind workers that their right, or in some jurisdictions their duty, to refuse to perform unsafe work applies equally to camp life. Workers may not appreciate their legislative right to refuse unsafe work or understand that this right applies to temporary work camps as well.

Examples of specific policies that may need to be revised to reflect the unique circumstances of temporary labour camps, or which may need to be emphasized with  workers and supervisors at those camps, include:

First aid training and emergency response protocols are especially important at a remote worksite where the delay in getting an injured worker professional medical help is an obvious risk. Employers must ensure that sufficient numbers of qualified first-aiders are always present at the camp and staffed to different crews to ensure a quick response anywhere and throughout the work camp. All workers should know and understand their role in the event of a medical emergency with clear delegation of responsibility. And ensure everyone understands how an injured worker will be transported out of the camp if the need arises.

Working alone policies should be revised to address when, and under what circumstances, a worker is allowed to leave the camp when the worker isn’t scheduled for field work. For example, workers often want to go hiking or fishing during their “off hours.” Legally, the employer may still be responsible for the worker’s health and safety even though he or she is “off the clock.” The company’s working alone policies should include rules restricting or controlling when workers may leave the work camp by themselves. Always keep in mind that there should be a means of communication available to the worker, such as a radio, for contacting others for help should the need arise.

Isolated camps may give rise to greater potential for interpersonal conflict where workers have to work and live close together for extended periods of time. Consider assigning a supervisor to the camp who has sufficient training and good interpersonal skills to be responsible for addressing any conflicts so there’s a fair and reasonable dispute resolution mechanism available to workers at camp. At larger camps, various supervisors may be delegated responsibility for receiving and dealing with complaints from the workers for whom they’re responsible. Ensure that the group of supervisors with this responsibility report to one another on a regular basis to enable the collective group to understand the overall emotional environment at the camp so that early intervention and enforcement will take place to defuse situations.

Many companies are adopting policies prohibiting drugs and alcohol from temporary labour camps, which is a good idea. Such policies reduce the chance of interpersonal conflicts and the risk that workers will injure themselves while they aren’t on duty. It also decreases the likelihood that workers will show up for work impaired. If a camp does permit alcohol consumption and at some point it becomes clear that drinking is creating a specific risk to workers, the company would be obliged to act to minimize the hazard as per the general duty under OHS laws. The better approach is to prohibit all drug and alcohol use in the first place to avoid difficulties in changing the rules in response to an identifiable problem since workers would probably resist the new rules and policies prohibiting alcohol consumption.

Wildlife, such as bears and wolves, are a foreseeable hazard that has greater prominence in remote work camps but is a work camp risk that might be overlooked. Employers have an obligation to take reasonable steps to minimize hazards such as animal attacks and even the risk of allergic reactions to insect bites. Policies prohibiting workers from interacting with wildlife, especially feeding them, are strongly recommended. Feeding animals encourages them to approach workers and elevates the risk of an incident occurring. Enforcing policies dealing with garbage disposal is also important to reduce the attractants that may entice bears and animals into the worksite. Some jurisdictions such as NT, NU and YK have laws specifically addressing employer obligations to minimize the risk of wildlife hazards. In other jurisdictions, the general duty to protect workers could be interpreted to impose obligations on employers to take reasonable steps to train workers and to minimize exposure to this hazard.

At the end of the day, an employer’s general obligation under OHS laws throughout Canada is to take all reasonable steps to protect the health and safety of workers. The issues identified above have greater importance at temporary labour camps. But as with any employment environment, the key is to recognize the work site for what it is and take the time to:

David Myrol is a partner with McLennan Ross LLP, the Chair of the McLennan Ross Occupational Health and Safety Practice Group, and a member of the Law Societies of Alberta, British Columbia and the Northwest Territories.