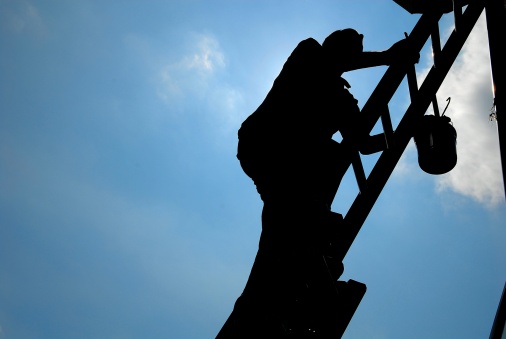 At a residential construction site, a painting contractor and one of his workers were injured in a fall from a ladder on a roof. Neither was wearing fall protection. The prime contractor for the site was issued an administrative penalty for OHS violations and appealed, arguing that the painting contractor was at fault and it had exercised due diligence to ensure the contractor complied with the OHS laws.

The Tribunal disagreed. The issue wasn’t whether the prime contractor was directly at fault for the painting contractor’s OHS violations but whether it had in place at the worksite appropriate systems and procedures to ensure contractors complied with their safety obligations under the OHS laws. To fulfill this duty, a prime contractor must have both a generally effective system in place as well as specific systems relevant to the particular workplace and contractor, said the Tribunal. And a prime contractor can’t merely assume that contractors will work safely; it must proactively ensure such safe work takes place.

The Tribunal explained that because contractors aren’t always motivated to comply with their safety obligations, multi-employer jobsites place an added supervisory duty on the prime contractor, who’s in the best position to control and ensure safety on such jobsites. So although the painting contractor was obviously at fault, the prime contractor’s failure to adequately supervise him in all the circumstances reflects, in turn, a breach of its own safety obligations, concluded the Tribunal [WCAT-2013-03358 (Re)].

Tailor the level of supervision to the level of hazard. All work doesn’t require the same level of supervision. That is, the greater the hazard, the greater the need for supervision of contractors. For example, particularly hazardous work, such as jobs involving confined spaces or work being done at heights, requires more direct supervision, such as having someone from your company physically monitor the contractor in the field. But for less hazardous work, you can usually rely on indirect supervision, such as requiring daily copies of all risk assessments conducted by the contractor.

Look for safety violations and infractions. When supervising a contractor’s work, you shouldn’t merely ensure that the workers are doing the job they were hired to do. It’s important that you also identify any violations of the OHS laws and of your company’s or the contractor’s safety rules and procedures being committed by them—and then take appropriate steps in response. For example, if your site superintendent sees a roofing contractor’s workers on a roof without appropriate fall protection, he should immediately speak to a supervisor for the roofing contractor, advise him of the infraction and require those workers to use proper PPE. And such infractions may also signal that this contractor needs more direct and frequent supervision than others.

Insider Says: For more information on dealing with contractors, go to our Contractors Compliance Centre.