Skip to content
DOS & DON’TS: Don’t Rely on COR for Due Diligence Defence 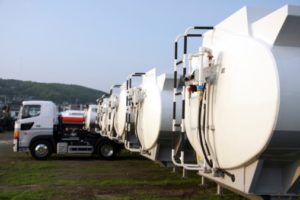 In several jurisdictions, companies can earn certificates of recognition (CORs) by having their OHS programs certified as meeting designated standards. One common mistake companies make is believing that earning a COR proves that they exercise due diligence. As explained by Alberta OHS lawyer David Myrol in a recent webinar on CORs, these certificates simply verify that a company has reached a certain standard with its OHS program. A company can offer its COR as proof of due diligence but the certificate is just one building block in the wall of evidence needed to establish this defence. In other words, if you’re charged with violating the OHS laws, you can’t simply point to your COR, state that it proves due diligence and rest your case.

An oilfield service company in Alberta essentially tried that argument and failed. Two of its workers were unloading a highly flammable petroleum product from their truck into a tank when the truck’s engine began to rev. Flammable vapours from the tank exploded, seriously injuring the workers. The court convicted the company of a safety offence, which was upheld on appeal. The company had a COR, which was required for it to bid on jobs. And to maintain its certificate, it had to have its OHS program audited. But the court explained that it was the company’s responsibility to not only get and retain a COR but also ensure that its workers were actually being properly trained in safe practices. “That is, not only to ‘talk the talk’ but also, to ‘walk the walk,’” said the court. And the company failed to do so. For example, the company’s rules on the safe distance for unloading of petroleum products were neither clear nor clearly communicated to workers [R. v. Dial Oilfield Services, [2007] ABPC 16 (CanLII), Jan. 19, 2007].

Insider Says: To learn more about the pros and cons of having a COR, watch a recording of Myrol’s webinar.