Skip to content
AIR POLLUTION: What You Need to Know about the National Air Quality Management System 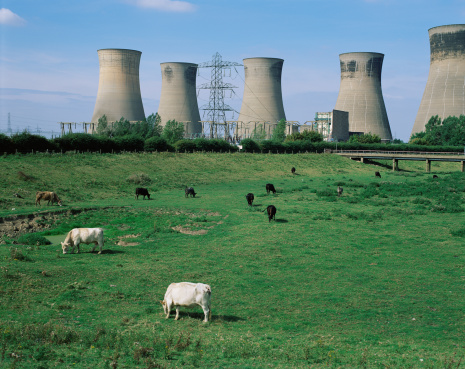 Because air knows no borders, managing air pollution and air quality are best tackled on a national level, with coordination by federal, provincial and territorial government. So on Oct. 11, 2012, the federal, provincial and territorial environmental ministers, through the CCME, agreed to improve air quality throughout the country with a comprehensive new Air Quality Management System (AQMS). Here’s an overview of the AQMS and its possible impact on companies that emit substances that contribute to air pollution.

According to the CCME Q&A on the AQMS, the system reflects a flexible approach to implementation that recognizes the current air quality measures already being undertaken by various Canadian jurisdictions, particularly for existing industrial facilities. That is, the system doesn’t replace but enhances existing air quality laws and regulations. With the exception of Québec, all Canadian jurisdictions have agreed to begin implementing the AQMS, subject to further jurisdictional approvals. Although Québec supports the system’s general objectives, the province won’t implement the system because it includes federal industrial emission requirements that duplicate Québec’s Clean Air Regulation. But the province will collaborate with the other  jurisdictions on developing other elements of the system, notably air zones and airsheds (explained below).

In terms of implementation, the provinces and territories will manage activities at the level of air zones, while the federal government will collaborate on transportation sources and lead actions addressing international cross-border air pollution. The AQMS will be held accountable through monitoring and reporting of outdoor air quality conditions and emissions from major industrial sources.

The CCME says the AQMS will help Canada internationally by letting it continue to demonstrate active management of air quality, strengthening its negotiating position with the US to expand the Canada/US Air Quality Agreement. The CCME also claims that the AQMS is a positive development because it’s:

4 KEY COMPONENTS OF THE AQMS

A core element of the AQMS is air quality standards that set the bar for outdoor air quality management across the country. To that end, the federal government recently announced new Canadian Ambient Air Quality Standards (CAAQS) that lower short-term limits and introduce new limits for long-term exposure for particulate matter and ground-level ozone, two major components of smog. The new standards build on the Canada-wide Standards for Particulate Matter and Ozone developed by the CCME in 2000 but are more stringent. (See the chart at bottom for a comparison of the current and new standards.) And the governments have started work on standards for sulphur dioxide and nitrogen dioxide, which are significant components of air pollution.

The AQMS standards set the bar for action on air quality. Jurisdictions will monitor the concentrations of emissions in the air and decide what actions need to be taken to either improve poor air quality or maintain good air quality. Although the air quality standards won’t be enforceable, they will be incorporated as objectives under Secs. 54 and 55 of the CEPA. Provinces and territories may also incorporate them into their regulatory regimes if they choose to do so.

While the air quality standards deal with the general quality of the air outdoors that people breathe, the industrial emissions requirements specifically address the emissions created by industrial activity. The jurisdictions have agreed on requirements that set a base level of performance for new and existing major industrial sectors, including cement and base metal smelting, and some equipment types. Emissions requirements for sectors such as petroleum refining, coal-fired electricity generation and reciprocating engines will be addressed through a continuing collaborative process. These requirements are focused on nitrogen oxides (NOx), sulphur dioxide (SO2), volatile organic compounds (VOCs) and particulate matter (PM). The AQMS also includes monitoring and reporting of these industrial emissions.

Canada is a big country and air moves over it in six large “airsheds” that extend across provincial/territorial and even international borders. The AQMS has identified these airsheds to help facilitate coordinated action when air pollution crosses a border. Because the authority to act to reduce pollution resides within each province and territory, there needed to be a mechanism to support action between governments to address cross-border air pollution problems—that’s where the airsheds come in. When it’s the Canada-US border at issue, the federal government will lead the coordination effort.

IMPACT OF THE AQMS

The part of the AQMS that most companies may be concerned about are the industrial emissions requirements. The system operates on the principle that industries are just one of a number of influences on outdoor air quality. For example, in many parts of Canada other sources such as transportation can influence air quality even more than industrial sources. So the industrial emissions requirements aren’t intended—on their own—to address all air quality concerns or achieve the air quality standards. Instead, they’re intended to work in concert with other actions to achieve the air quality standards.

For some industrial sources, provincial standards are already as good as or better than the base level of performance set by the AQMS. But in some cases, the industrial emissions requirement may be more stringent than what’s currently required in some jurisdictions. The aim of the AQMS is to ensure that good performance is achieved by all industrial facilities across Canada. However, as part of their air management and where needed for better air quality, provinces and territories can choose to impose stricter requirements on industry than those required by the AQMS. Note that the system does operate on the principle that the industrial emissions requirements can be reviewed and made more stringent over time.

The new Canadian Ambient Air Quality Standards provide more stringent objectives for outdoor air quality in Canada as shown in the table below. For the first time in Canada, the standards also include a long-term (annual) target for fine particulate matter.