Skip to content
Study: Air Emissions Near ‘Fracking’ Sites May Be Hazardous 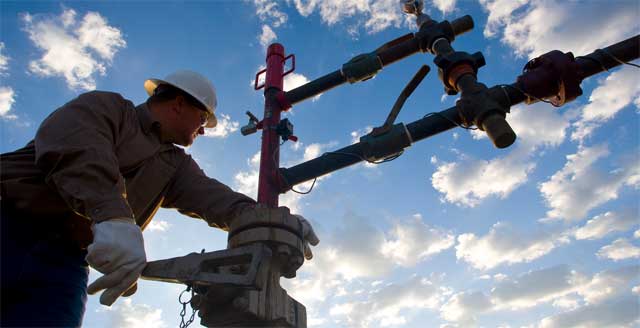 Hydraulic fracturing or “fracking,” that is, the high powered injection of water and chemicals into a drilled area to release gas, is a controversial topic in Canada and the US because of the possible environmental impacts of this mining technique. A recent study by researchers from the Colorado School of Public Health may add fuel to the fire as it concluded that air pollution caused by fracking may contribute to acute and chronic health problems for those living near natural gas drilling sites.

The study, which looked at those living near natural gas wells, was done in response to the rapid expansion of natural gas development in rural Garfield County in western Colorado. The county asked the Colorado School of Public Health to assess the potential health impacts of these wells on the community of Battlement Mesa, which has a population of about 5,000.

The researchers analyzed three years’ worth of ambient air sample data collected from monitoring stations using standard US Environmental Protection Agency (EPA) methodology to estimate both non-cancer health impacts and cancer risks due to exposure to hydrocarbons. They found a number of potentially toxic petroleum hydrocarbons in the air near the wells, including benzene, ethylbenzene, toluene and xylene.

The results show that the non-cancer health impacts from air emissions due to natural gas development is greater for residents living close to the wells, that is, less than a half-mile away. Exposure to trimethylbenzenes, aliaphatic hydrocarbons and xylenes can have neurological and/or respiratory effects, including eye irritation, headaches, sore throat and difficulty breathing.

> Hydraulic fracturing is conducted on the drilled well to release the natural gas; and

> Fracking and geologic fluids, liquid hydrocarbons and natural gas “flow back” or return to the surface.

The study also found higher cancer risks for residents living nearer to the wells as compared to those residing further away, primarily due to exposure to benzene.

The researchers noted that there wasn’t data available on all of the chemicals emitted during the well development process. As a result, it’s possible that the health risks have been underestimated. So the researchers recommended that additional studies be done to examine the toxicity of these other hydrocarbons associated with natural gas development.

The researchers concluded that health risks are greater for people living closest to wells and urged a reduction in air emissions from such wells. They also said that future studies should be done to collect data on area, residential and personal exposure where wells are operating.

Concerns about fracking have largely centered on the possible contamination of ground water and other water sources. But the Colorado study indicates that water pollution and environmental concerns aren’t the only issues raised by fracking. “Our data show that it is important to include air pollution in the national dialogue on natural gas development that has focused largely on water exposures to hydraulic fracturing,” said Lisa McKenzie, Ph.D., MPH, lead author of the study and research associate at the Colorado School of Public Health. In other words, health issues and other types of pollution should also be considered when evaluating this mining technique.

The oil and gas industry is trying to address some of the environmental concerns raised about fracking. For example, in Jan. 2012, the Canadian Association of Petroleum Producers announced new voluntary Canada-wide operating practices for hydraulic fracturing operations. The Operating Practices bolster existing water management practices and fluids reporting as to the development of unconventional natural gas, such as shale and tight gas. We’ll see if the industry takes steps to address other environmental and health concerns, such as those raised by the Colorado study.