Skip to content
Spot The Safety Violation: Protect Workers from Insects & the Diseases They May Spread

Want to know a secret? Safe workers are more productive, profitable and efficient! Want to know another secret? Our members report an average of 45% reduction in accidents & incidents, 43% reduction in liability insurance premiums, ROI in less than 2 months, 150 hours saved/employee/year, and more. OHS Insider & HR Insider is your one-stop for expert legal advice, easy-to-implement tools, compliant policies, training, documentation and more. FIND OUT MORE...
Spot The Safety Violation: Protect Workers from Insects & the Diseases They May Spread
Favorite Print Email

If this mosquito was to bite one of your workers, he’d just get a small itchy spot and probably nothing more serious, right? 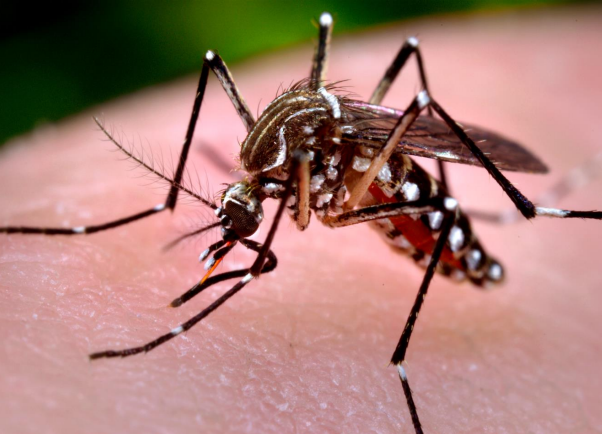 Workers who work outside, especially in the summer, are exposed to various unique hazards, including exposure to dangerous insects, such as the mosquito in this picture.

Most mosquito bites are simply itchy and uncomfortable. But some mosquitoes carry diseases, such as the West Nile Virus. Many people who are infected with West Nile don’t have any symptoms. However, others may develop either:

Mosquito season starts as early as mid-April and lasts until the first hard frost in late September or October. But the risk is greatest when the mosquito species that are the primary virus-carriers are most prevalent, active and biting, which is generally between mid-July to mid-September. In fact, most people get infected in late July and early August.

Employers have a duty to protect workers from being bitten by insects such as mosquitoes. The duty to deal with the hazards of bug bites is usually covered by the so-called “general duty” clause, the part of every OHS statute that requires employers to take every reasonable precaution to protect workers from known or foreseeable risks.

Some jurisdictions have explicitly or implicitly applied the general duty clause to insects in safety bulletins or guides. For example, Work Safe Alberta’s safety bulletin on West Nile Virus says the OHS laws require employers to assess the work site and identify hazards before work begins. When a hazard exists—such as the risk of being bitten by an infected mosquito—it’s the employer’s duty to eliminate or control that hazard.

In the case of West Nile Virus, employers can protect outdoor workers by taking steps to reduce their chances of being bitten by infected mosquitoes. The Alberta safety bulletin suggests that employers do the following if workers are exposed to mosquitoes on the job: