Skip to content
ENERGY EFFICIENCY: Results of Survey on Canadians and Energy Efficiency 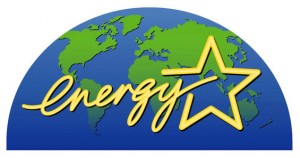 The Canadian Energy Efficiency Alliance (CEEA), an independent advocate that promotes the economic and environmental benefits of energy efficiency, recently released the results of its survey of Canadians on how they feel about energy efficiency and what steps they’ve taken to become more efficient. Here are the highlights of those results.

The Gandalf Group conducted the national online opinion survey of Canadians on the CEEA’s behalf. The participants included 1,584 adults, representing a national sample of Canadians, proportionate to region, age, gender and language (English and French).

The research found that 75% of Canadians believe that conserving energy is very important. And most Canadians have taken at least some steps to conserve energy, with 37% saying they’ve done a great deal and only 17% having done little to nothing. They’re most likely to engage in electricity conservation, which makes sense because more Canadians rely on electrical power than gasoline or natural gas. But there’s more Canadians can do. Most (58%) said they intend to do more than they have done to date, while 22% said they’re already doing everything they can.

Canadians recognize that efforts to conserve energy can also save them money. For example, most survey participants (between 53% to 55%) believe that installing basic home improvements, such as specifically programmable thermostats, improved insulation or upgrades to doors and windows, will help households save a great deal of money. Still more (60% to 66%) believe various changes in behaviour can help them save a lot of money, including washing clothes in cold water, driving less/taking transit/walking or adjusting thermostats when away from the home. And most believe that these improvements or changes are also environmentally friendly, with 76% saying driving less, 68% saying improving insulation in the home and 63% saying using cold water would all be very beneficial to the environment.

In addition, most Canadians almost always or regularly turn the heat down when away or at night (69%) or wash using cold water (73%).

But not all efforts are as successful. For example, although most survey participants said that driving less (and walking or taking transit) would be very beneficial to the environment and would help save a great deal of money, less than half (43%) said they’re always or regularly doing so. And fewer still (29%) said they regularly unplug appliances such as TVs.

How to Get Canadians to Do More

The researchers’ analysis of the survey results notes that the factors that are significantly associated with increased conservation are:

All three matter and work together. So to the extent that you increase any of the three—and ideally all three—you increase the likelihood that people will conserve energy. And for any energy savings investment, interest is substantially higher if the upfront cost can be reduced to two years. For example, 66% of home owners and home buyers were very interested in an energy retrofit that cost $1,000 if the payback period is two years. But if the payback period is five years, interest drops to 22%.

There’s strong support and little real opposition to government acting to mandate and help or encourage Canadians to do more in terms of energy efficiency, including: