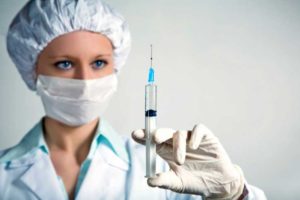 Employers have a duty under the OHS laws to take reasonable steps to ensure the health and safety of their workers. In fulfilling this duty, employers must be careful, however, not to infringe on workers’ rights. This issue often arises in the context of religion, such as when a company tries to compel a worker to shave his beard in violation of his religious beliefs so he may wear a respirator with the proper fit. But the conflict between workplace safety and workers’ rights can arise in other contexts, too. For example, a recent case in Ontario considered whether a hospital could force nurses to either get a flu shot or wear a mask during flu season. Here’s a look at the decision in that case.

What Happened: A hospital imposed a “Vaccinate or Mask” (VOM) policy that required healthcare workers to wear surgical masks during the five to six months of flu season if they hadn’t gotten a flu shot. The hospital claimed the goal of the policy was to preventing hospital-acquired influenza by increasing immunization rates among employees. The nurses’ union challenged the policy as an unreasonable exercise of management’s rights and a violation of workers’ rights.

What the Arbitrator Decided: An Ontario arbitrator ruled that the VOM policy was unreasonable.

The Arbitrator’s Reasoning: The arbitrator acknowledged that the hospital’s goal of preventing hospital-acquired influenza by increasing immunization rates was laudable. But the weight of the scientific evidence to support the VOM policy on patient safety grounds was insufficient to warrant the imposition of a mask-wearing requirement for up to six months of the year. For example, the arbitrator found scant scientific evidence of the use of masks in reducing the transmission of influenza virus to patients. And without sufficient scientific support, the arbitrator concluded that the policy operated to coerce nurses into getting the flu vaccine, undermining their right under the collective agreement to refuse vaccination. Wearing masks was treated as a “consequence” of failing to get vaccinated. And doing so for six months, all shift, virtually everywhere is “most unpleasant,” observed the arbitrator. In addition, there was no evidence as to why current hospital policies were inadequate and couldn’t be amended, if needed, to improve patient safety. Lastly, the arbitrator wasn’t convinced the policy would actually encourage “truly voluntary” vaccinations [Sault Area Hospital v. Ontario Nurses’ Association, [2015] CanLII 55643 (ON LA), Sept. 8, 2015].

The Sault Area Hospital decision is 136 pages, a lot of which focuses on a discussion and analysis of the various medical opinions and scientific evidence regarding the effectiveness of flu vaccines, masking, how the flu is transmitted, etc. (Note that other arbitrators have reached different decisions on similar flu policies. For example, a BC arbitrator ruled that such a policy was reasonable because it gave workers a choice between getting immunized, wearing a mask or taking anti-viral medications during a flu outbreak.) Yes, the primary purpose of the VOM policy was patient safety, that is, preventing patients from catching the flu from hospital workers. But it impacted worker safety as well because the idea was to prevent workers from getting the flu in the first place and then spreading it. Thus, the decision is relevant in an OHS context. Bottom line: Safety—whether of workers, patients or others—may be a valid justification for many company policies. But employers can’t impose unnecessary, intrusive or otherwise inappropriate policies and justify them by simply invoking the word “safety.” Achieving safety goals must be balanced against intruding on individual rights.

What can employers do to prevent workers from getting and spreading influenza this flu season? Go to the Flu & Pandemic Planning Compliance Centre for information, resources and tools, such as a workplace flu clinic checklist and a model pandemic flu policy.