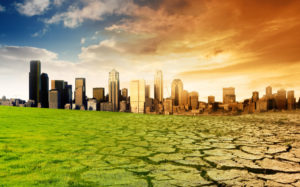 Discussions of climate change typically focus on its impact on the environment in general, such as the melting of glaciers, increase in drought conditions, etc. But climate change may impact the health of not only plants and animals but also humans.

A new report from the US Global Change Research Program looks at the impacts of climate change on human health now and possible impacts in the future. Climate change can affect human health in two main ways:
• By changing the severity or frequency of health problems that are already affected by climate or weather factors; and
• By creating unprecedented or unanticipated health problems or health threats in places where they haven’t previously occurred.

Some of these impacts are relevant to employers as to their duty to protect the health of their workers. In fact, the report states that, in general, certain occupations have a greater risk of exposure to climate impacts, most notably people working outdoors or performing duties that expose them to extreme weather, such as emergency responders, utility repair crews, farm workers, transportation workers, construction workers and other outdoor laborers.

Other climate-related health threats for outdoor workers include: