Domestic Violence & Violence Against Women in the Workplace 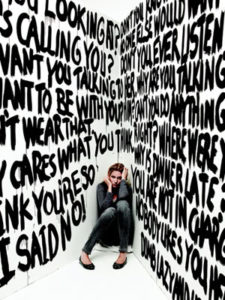 November is Domestic or Family Violence Prevention Month in Canada. In addition, Nov. 25 is the International Day for the Elimination of Violence Against Women, which was created by the United Nations to raise awareness of this issue around the world.

So November is a good time to review your policies on handling domestic violence involving members of your workforce. Failing to have such policies can have serious repercussions.

For example, in a case in New York that was recently settled, a female employee of a department store told store security that her estranged husband had threatened her life the previous day. Within an hour, the store had developed a safety plan that allowed her to work her shift.

But a store manager then told her to leave the store immediately and stay home until she checked in with the manager several days later, missing at least one more shift. When she spoke with the manager again, the employee was told she couldn’t return to work until she got a protective order against her husband. But he’d fled after a warrant for his arrest was issued.

The employee sued the store for discrimination. The case was settled, with the store agreeing to change its policy so that employees in a similar situation aren’t required to get a protective order to stay on the job.

Canadian employers should also ensure that they have appropriate policies and procedures in place to handle domestic violence that could impact the workplace.

For example, in some circumstances, it may be necessary to establish a safety plan to protect the worker on the job and others in the workplace. (See, five strategies for addressing domestic violence in the workplace.)

The department store in New York, for instance, did ultimately implement a safety plan for the employee that included:

The OHS Insider has additional resources you can use to address domestic violence in your workplace, including: