Your Right to Immediately Remove Workers Impaired by Drugs or Alcohol 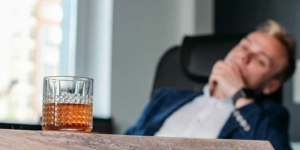 Keeping drunk and high workers out of the workplace to prevent danger.

It goes without saying that being drunk or high on the job is a significant safety risk, especially when the impaired worker performs a safety-sensitive job. That’s why having a policy banning workplace drug and alcohol use and impairment is a must for just about any site. The problem is enforcement. The tendency of many employers is to focus on alcohol and drug testing. But while testing is very important, it also brings complex legal issues into play. And in an emergency, the immediate objective isn’t testing but getting the impaired worker off the site as quickly as possible. What often goes overlooked is that employers have not only the right, but in many cases, the obligation to do just that.

The OHS laws of 10 jurisdictions include provisions that ban workers from entering or remaining at a workplace when they’re dangerously impaired by drugs, alcohol or other substances. In many cases, the rules also require employers to take steps to ensure that dangerously impaired workers aren’t allowed to enter or stay. Impairment becomes dangerous when it weakens the worker’s judgment and/or interferes with his/her normal abilities to do the job in a safe way. Impairment rules vary in scope:

Even in the 4 jurisdictions where it’s not expressly spelled out (Alberta, New Brunswick, Prince Edward Island and Nunavut), the employer’s right to bar dangerously impaired workers may be implied.

How to Bar Entry to Impaired Workers

Knowing you can legally keep out and remove workers who are drunk or high when it’s necessary to protect safety is all well and good. But exercising those powers is tricky. The first challenge is to determine whether it’s necessary to remove a worker from the workplace. According to guidelines from the Northwest Territories WSCC, a worker may need to be removed immediately if:

To ensure the legally sound use of your workplace removal powers, you should create and implement a written policy that: