You Make The Call: Did Owner Use Due Diligence to Follow Lockout Requirements? 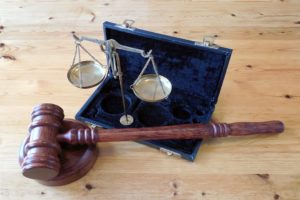 Ryan, a tire repair shop worker, orders the driver of a semi-truck with a flat tire to inch his vehicle forward not realizing that his co-worker Max is underneath the vehicle jacking up the front wheels. Max survives but suffers serious injuries.

Ryan and Max are both experienced and well trained. And the tire shop has clearly written lockout policies to prevent incidents like this. But the policy is undone by a bizarre series of blunders, miscommunication and incredibly bad luck:

The Crown charges the tire shop owner with failing to ensure Max’s health and safety “as far as it was reasonably practicable to do so” (under Sec. 2(1)(a)(1) of the Alberta OHS Act). The tire shop owner raises a due diligence defence, claiming that it took all reasonable care in the circumstances.

The fact that the lockout policy didn’t prevent Max from getting hurt didn’t necessarily make the owner guilty of failing to protect him. Due diligence doesn’t require employers to be perfect, only reasonable, the court explains. And reasonable must be judged not in hindsight but in terms of what was reasonably foreseeable in the circumstances at the time:

According to the court, it was reasonably foreseeable that:

What Was NOT Reasonably Foreseeable

But the court also says that it was not reasonably foreseeable that:

The owner’s lockout policies dealt with the foreseeable contingencies; but the unforeseeable circumstances ultimately rendered it ineffective in this situation.

Together, the unforeseeable circumstances “were so unlikely or bizarre” as to render the entire incident not reasonably foreseeable, the court reasons. Result: The owner did show due diligence and isn’t guilty of the charge.

OHS laws are what lawyers like to describe as “strict liability” laws. Translation: The mere fact that an incident or injury happens at your work site may be enough for the Crown to prove that you violated an OHS law. However, thanks to the famous Sault Ste. Marie case, you can still avoid liability if you can show that you exercised due diligence to comply with the law and prevent the violation. And that’s just what happened in this case.