You Make The Call: Did Employer Use Due Diligence To Prevent Lockout Injury? 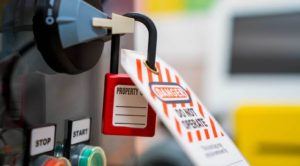 Scenario: After implementing the lockout procedure, a competent supervisor verifies that the machine has been de-energized and gives the all-clear for servicing to begin. But a loose bolt in the lockout mechanism allows residual energy to build up. As a result, the machine starts up unexpectedly and amputates a repair worker’s thumbs.

The company is charged with a lockout violation. After the prosecutor proves it committed the offence, the company claims it exercised “due diligence,” took all reasonable steps in the circumstances to prevent the violation:

You Make the Call: Did the company exercise due diligence?

Answer: No. At least, that’s what the Court of Québec ruled. While it’s impossible to prove due diligence if you don’t have an appropriate OHS program, implementing such a program isn’t enough. The employer’s duty is to protect workers from “reasonably foreseeable” hazards. The OHS program is just a means to that end. In this case, the previous incidents made it foreseeable that the bolt would loosen during lockout. So, steps should have been taken to deal with the problem before servicing began [CNESST v. Arbec, Bois d’oeuvre inc., 2021 QCCQ 7787 (CanLII), August 31, 2021].