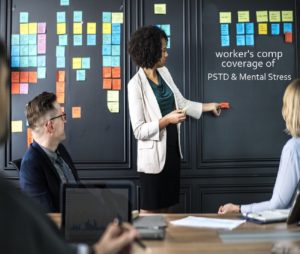 Alberta was, by far, the most active jurisdiction for new lawmaking. The centerpiece was Bill 30, the massive reform bill designed to modernize the province’s OHS and workers’ comp rules after decades of neglect. The big story of the year were the Bill 30 changes that were phased in at various points during the year.

THE YEAR IN OHS ENFORCEMENT

Total OHS inspections and fines were up, but fine amounts were slightly down, with only a pair reaching 6 figures.

THE YEAR IN WORKERS’ COMPENSATION

Significant workers’ comp changes were the flip side of Bill 30. Key developments in 2018:

Here’s a summary of what OHSI voted the 5 most significant work safety cases decided in Alberta in 2018.

An important ruling from the Alberta Court of Appeal in a case involving the tragic death of a drilling rig floorhand clarified that an employer isn’t presumed to have committed an OHS violation just because an accident occurs. While that may sound like a technicality, its significance becomes clear when you consider what the consequences had the case gone the other way. Being able to point to the accident as proof of violation would have given the Crown a major advantage in OHS prosecutions and put the burden on employers to show they were not guilty of the offence [R v Precision Diversified Oilfield Services Corp, 2018 ABCA 273 (CanLII), Aug. 22, 2018].

After 2 pedestrian accidents, the City unilaterally imposed a new policy requiring transit system operators to undergo tests screening for cognitive impairments that may affect their ability to drive safely. The union contended the policy was unreasonable and the Labour Board agreed by a vote of 2 to 1. The test was highly intrusive. And there was no evidence showing that operators’ cognitive impairment caused previous accidents or posed any specific safety issue for that matter. The mere fact that the work was safety-sensitive wasn’t enough to ride roughshod over the operators’ privacy rights especially give the unreliability of the tests, the majority concluded [Amalgamated Transit Union, Local No. 569 v Edmonton (City), 2018 CanLII 82319 (AB GAA), Aug. 27, 2018].

A road crew construction worker returning after suffering broken ribs and soft tissue injuries in a work accident was offered seasonal flag person work and any light duties not requiring repetitive lifting as the became available. The worker claimed the offer wasn’t “suitable work” under workers’ comp return to work requirements. The WCB agreed finding that the work offered wasn’t a real position, only a patchwork list of job duties with no real job description and no indication as to the physical, vocational and location requirements. The employer appealed but the court ruled that the WCB ruling was reasonable and refused to overturn it [In-Line Contracting Partnership v Alberta (Workers’ Compensation Appeals Commission), 2018 ABQB 529 (CanLII), July 10, 2018].

Discipline for safety infractions must be not only fair but also consistent. That’s the moral of this case that began when a mining supervisor caught one of his workers operating a haul truck with wearing a seat belt. After ordering him out of the vehicle, the supervisor then discovered that the shoulder belt had been jammed into the retracting mechanism with the shoulder belt hanging loosely next to the operator’s seat. The worker was fired for violating the company’s strict mandatory seat belt policy and deliberately disabling a safety device. Normally, I would have upheld dismissal for this kind of violation, especially given the safety-sensitive nature of the workplace, said the arbitrator. The problem was that 8 months later, a worker caught using duct tape to disable the retracting device of his haul truck got off with just a written warning. So, what to do next? Firing the first offender was too harsh; but reinstating him after his serious safety offences was unrealistic. So, the arbitrator said the company had to pay him wrongful dismissal damages instead [North American Mining Inc. v International Union of Operating Engineers, Local Union No. 955, 2018 CanLII 101945 (AB GAA), Oct. 26, 2018].

Another key change in the pipeline are the new entry-level safety training for Class 1 and Class 2 truck drivers adopted in the wake of the Humboldt Broncos hockey team bus tragedy that take effect on March 1, 2019.