WORKPLACE VIOLENCE: 5 Strategies for Addressing Domestic Violence in the Workplace 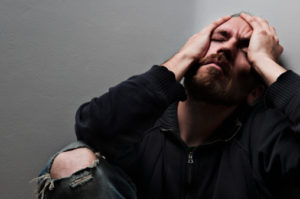 In recent years, it’s become clear that employers are expected to protect workers from not only the “standard” safety hazards, such as dangerous chemicals, falls and pinchpoints in machinery, but also other less traditional hazards, including workplace violence. You might not think that the duty to protect workers from violence includes domestic or family violence. But unfortunately, domestic violence can spill over into and impact the workplace, including both the targeted worker and her co-workers. So the days of considering domestic violence to be a personal problem that employers can ignore are over. We recently spoke to Glenn French, President and CEO of the Canadian Initiative on Workplace Violence, about domestic violence in the workplace and some strategies for addressing it.

In 2012, Statistics Canada released a report on family violence. The highlights from this report are troubling—especially when you consider that incidents of domestic violence are underreported:

Here are just a few examples from Canada and the US of domestic violence directly impacting a workplace:

Domestic violence can also more directly affect the workplace. As a result of one such incident (the Lori Dupont tragedy), Ontario changed its OHS laws to specifically address domestic violence. Sec. 32.0.4 of the OHS Act says that if an employer is aware or ought to be aware that domestic violence that’s likely to physically injure a worker may occur in the workplace, it must take every reasonable precaution to protect that worker. Here are links to some related resources from the MOL: Domestic Violence; Workplace Violence Toolbox; Domestic Violence Doesn’t Stop When Your Worker Arrives at Work: What Employers Need to Know. (In Manitoba, Bill 219 was introduced in 2010 to amend the OHS law to address domestic violence, but the bill wasn’t enacted.)

So across Canada, even if it’s not an explicit legal duty to take appropriate steps to handle domestic violence in your workplace, it’s at a minimum a good practice.

French recommends that you use the following strategies to effectively handle domestic violence and its impact on your workplace:

That’s why the government of Manitoba recently announced its financial support for the Men’s Resource Centre, which helps men escape from abusive and unhealthy relationships and has been instrumental in breaking men’s silence about abuse, challenging stereotypes of men’s vulnerability and victimization and providing a supportive environment where men are free to discuss their experiences without fear of judgment. So in your policies and training on domestic violence, be sure to stress that it’s not limited to man-against-woman situations.

Strategy #3: Train Staff on the Signs of Domestic Violence”

Employers may become aware that a worker is the victim of domestic violence because the worker herself comes forward. But often victims are too embarrassed or ashamed to discuss the situation with anyone much less, say, a supervisor or someone in HR. And language and cultural barriers may make it even more difficult for a victim to come forward, adds French. So it’s important that you train all staff—especially supervisors—to recognize the signs that someone may be the victim of domestic violence so they can inform the appropriate people for further investigation. French says that the signs of abuse include:

The table below includes a more complete list of signs of domestic violence.

Once you’ve established that a worker is in an abusive relationship, offer that worker assistance. For example, refer the worker to your EAP, if you have one, or local shelters for victims of domestic violence. And be flexible, suggests French. For example, the worker may need time off to go to court, get treatment for injuries or relocate to a safe location.

French explains that in certain circumstances, it may be necessary to establish a safety plan to protect the worker on the job—as well as others in the workplace. To do so, you’ll need the worker’s cooperation and assistance. For example, if a worker has an order of protection barring her husband from contacting her or coming within a specified distance of her home or job, you’ll need a copy of that order so you can ensure that it’s enforced in the workplace. French says the following are other elements that a safety plan could include:

It can be a tricky situation if both the victim and the abuser work for the same company, notes French, especially if the claims of abuse are just allegations or rumors. An employer can’t take sides without risking legal consequences. For example, summarily firing the alleged abuser can expose the employer to a wrongful termination lawsuit, he explains. However, an employer has more options if, say, the victim has a court order against the abuser. Then you have clear justification for changing the workers’ locations and/or schedules to keep them apart on the job.

Remember that employers have a duty to protect both the victims and their co-workers from violence. And innocent co-workers have been caught in the cross-fire when domestic violence spills over into the workplace. But you need to balance the abused worker’s privacy with the safety of others in the workplace. Who needs detailed information on the victim’s situation is a judgment call and will depend on the circumstances, says French.

For example, you may need to inform security or reception so they can keep the abuser out of the workplace. However, even in that case, there are still ways to minimize the invasion of the victim’s privacy, such as by giving security a photograph of the abuser but asking them not to display it at the security desk so anyone passing by can see it, suggests French. Also, instead of telling everyone not to let a specific person into the workplace, send out a general reminder not to allow anyone into the facility without a work ID. And remind all workers to report anything suspicious, he adds.

According to French, Canadians need to stop thinking that workplace violence, including domestic violence, is a US issue or cultural problem. “We need to accept that it’s a Canadian issue, too,” he says. It’s important that employers are aware of their duty to address domestic violence in the workplace, educate their staff and take common sense steps to protect employees on the job.