Workplace Fatigue & How Overworking Workers Costs More than It Saves 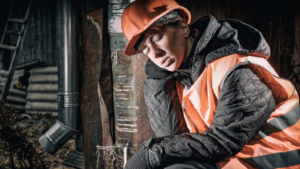 With labour costs rising and the supply of available workers dwindling, using fewer workers to do the same amount of work becomes a temptation. But while it might reduce company costs in the short run, this strategy is likely to increase costs in the long run. Pushing workers to work harder and longer is a recipe for fatigue—both physical and mental. In addition to increasing absenteeism, fatigue causes “presenteeism,” which occurs when fatigued workers who do show up work less productively. Studies show that fatigued workers are more than twice as likely to experience health-related lost productive time. Another study found that fatigue costs companies approximately $136 billion in lost productivity per year.

Fatigued workers are also more prone to illness and distraction, increasing their risks of injury and involvement in a work accident.  As OHS coordinator, you need to be aware of the dangers of workplace fatigue and warn company management to consider the economic impact of driving workers too hard. But you’ll need solid evidence to support your argument. We’ll tell you about two studies published in the Journal of Occupational and Environmental Medicine (JOEM) you can use to make your case.

Fatigue in the Workforce

Fatigue can be broadly defined as a feeling of weariness, tiredness or lack of energy. On one end of the continuum is the fatigue that most of us occasionally experience when we get physically or mentally overburdened. This kind of fatigue isn’t serious and can usually be resolved simply and quickly, such as by getting extra rest. The other end of the continuum is fatigue that’s symptomatic of a more chronic and disabling condition, such as major depressive disorder or chronic fatigue syndrome. This fatigue is an acute and/or ongoing state of tiredness that leads to mental or physical exhaustion and prevents people from functioning as usual.

Fatigue clearly impairs work ability. Studies have shown that workers with fatigue are significantly more likely to miss work and experience long-term work absences than workers without fatigue. More recent studies document the prevalence of fatigue within the workforce and how it harms productivity.

A 2007 study was the first to examine the relationship between fatigue and health-related lost productive work time (LPT) in U.S. workers. The researchers used data from the Caremark American Productivity Audit (the Audit), a random telephone survey of U.S. residents that measures the relation between health and productivity. The Audit used the Caremark Work and Health Interview (WHI) to gather information from workers about their:

The researchers interviewed 28,902 adults ages 18 to 65 who participated in the Audit and were employed in the week before the interview, and asked them the following question: “Did you have low levels of energy, poor sleep or a feeling of fatigue in the past 2 weeks?” The findings:

The Impact of Long Work Hours on Safety Study

A separate set of JOEM researchers set about to analyze the impact of long work hours on workers’ health and safety. The researchers relied on a database put together by a truck and engine manufacturer to gauge the impact of long work hours on its workforce. While working overtime was voluntary, the company commonly asked workers to work more than 40 hours per week. In fact, operations were based on the presumption that many, if not most, workers would work overtime if asked. That assumption proved to be correct as workers averaged 43.79 hours per week.

The database included information on 2,746 workers who completed two surveys that covered a wide range of topics, including health status, chronic disease, absenteeism and presenteeism, workplace incidents, behaviours posing health risks and use of health services.  The database also included information on workplace incidents that adversely impacted worker health or safety, based on the manufacturer’s:

Although pushing workers to work harder and longer may seem to make financial sense, an overworked and overtired workforce will ultimately cost the company money. Of course, fatigue can result not only from work hours but other factors inside and outside the workplace. That’s why you should implement a system to manage workplace fatigue risks, along with a fatigue management policy.