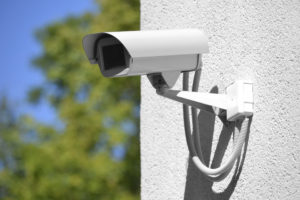 There’s an increasing awareness throughout Canada that workers working alone face safety concerns that other workers might not. Risks range from hold-ups in the middle of the night to experiencing an incident without anyone present to help. As a result, several Canadian jurisdictions (AB, BC, MB, NB, NL, NWT, NU, PE, QC and SK) have implemented requirements in their OHS laws that increase employers’ obligations toward lone workers, aimed at improving their safety. These laws vary in terms of what’s required of employers. In NS and ON, there are no laws specifically addressing this issue. But the provincial governments have stated publically that to enhance the protection of workers working alone, they rely on the general duty of employers to take all reasonable precautions for workers’ health and safety. One point of consistency across Canada is the recognition that working alone can be dangerous and that employers need to take extra care to ensure worker safety in those circumstances.

Employers may choose to implement video surveillance in their efforts to meet obligations to protect workers working alone. Video surveillance can provide a reliable and effective way of increasing security for lone workers, both in real-time and in follow-up investigations if incidents occur. In fact, BC regulations specify that, if a worker is working alone late at night in a retail store where there’s a risk of violence (such as at a gas station or in a convenience store, where late night robberies are commonplace), an employer must monitor its premises by video surveillance. Although such surveillance isn’t expressly required in other jurisdictions, it remains a popular means of enhancing lone worker safety throughout Canada.

So if employers want to use video surveillance to fulfill working alone obligations, they must do so in a way that will minimize unlawful violations of worker privacy. There are also many important practical considerations that employers should bear in mind before installing or increasing video surveillance in the workplace.

The major tension tends to be that workers have a right to privacy and employers have a legal obligation to protect workers from danger. Neither right is absolute. Sometimes an employer’s need to ensure security outweighs a worker’s reasonable expectation of privacy—but sometimes the opposite turns out to be the case. There’s no hard and fast rule; the facts of each case will determine the outcome. Generally speaking, however, the more acute the employer’s safety concern, the less likely it is that worker privacy interests will triumph. Indeed, because working alone is understood to be inherently more dangerous than most other work situations, video surveillance is likely more easily justified in those circumstances. But that’s not the end of the story.

For an employer to establish that its OHS obligations outweigh workers’ privacy rights, the reason for the surveillance and the way in which it’s carried out need to be reasonable. A case that provides a helpful discussion of the law in this area is Eastmond v Canadian Pacific Railway, [2004] FC 852 (CanLII), June 11, 2014.  In that case, the employer already used video surveillance to monitor the movement of trains in its yard when it decided to install more cameras trained on doorways, in an effort to enhance worker safety and building security. Workers complained, arguing that their right to privacy was infringed by the new cameras. The federal court considered whether the employer’s purposes for installing the additional video surveillance were reasonable and concluded that they were. To make that determination, it asked the following questions, which it noted have been consistently asked by arbitrators when facing this issue:

Employers should also be sure to make workers aware that there’s video surveillance happening; employers are only permitted to train video cameras on workers without their knowledge in a very limited set of circumstances. For example, an employer may be able to demonstrate that it’s reasonable and necessary to use unannounced video surveillance to ensure worker productivity where there appears to be evidence of workers slacking off or in an effort to catch someone if there has been known theft at the workplace.

Before resorting to video surveillance to protect workers working alone, employers should answer these six questions:

Where will cameras be placed/trained? Is it somewhere that workers would have a reasonable expectation of privacy, such as a bathroom or locker room? If the worker has a reasonable expectation of privacy, video surveillance is less likely to be seen as reasonable. Also consider whether the cameras will be trained on the worker or on other people who a worker might encounter while working alone, such as a robber?

Who can review the video footage? Will only senior management be able to see the footage or will other workers be able to view it? The more people who’ll have access the footage, the less likely it’ll be seen as reasonable. So try to limit such access to, say, supervisors and other members of management.

For what purposes can the footage be used? Will the video footage be reviewed only if a safety-related incident occurs or will it be reviewed routinely? Will you use the footage for purposes other than safety, such as discipline? If purposes are more than just safety, employers will have a higher standard to meet to demonstrate video surveillance is necessary to meet the employer’s needs.

Is there is a less invasive way of achieving the same result? The answer to this question will depend on the specifics of the situation. For example, consider whether providing a worker with a cell phone or emergency call button will ensure that the worker has the mechanisms in place to summon help if they’re alone, rather than having video surveillance trained on the worker and monitored to see if he/she needs help.

Video surveillance can be an effective tool in enhancing the safety of workers working alone, thereby helping employers to meet their OHS obligations. However, implementing video surveillance in the workplace can have other, negative implications if it’s not done correctly. Thus, employers need to proceed with caution if they decide to go that route.