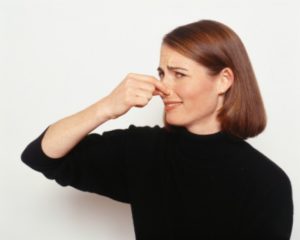 A worker at an auto plant told his employer that he had asthma that was aggravated by scents. So the employer implemented a no scents policy in the plant and set up one washroom with scent-free products. After an incident in which the worker got aggressive over a perceived violation of the policy, he was told to report any scents to a manager and use fans to clear the area near his station. But when the worker believed a visitor to the plant was wearing a scent, he “blew up” at the manager and left work early. So he was fired. An arbitrator found that the worker’s anger toward the manager over this incident was excessive and inappropriate, he failed to use the fans as agreed and he left work, all of which warranted discipline. However, dismissal was too severe given his seniority and minor disciplinary record. So the arbitrator ordered the employer to reinstate the worker, substituting an unpaid three week suspension [Federal-Mogul Windsor Ltd v National Automobile, Aerospace, Transportation and General Workers Union of Canada, (CAW) and its Local 195, [2013] CanLII 22117 (ON LA), April 20, 2013].