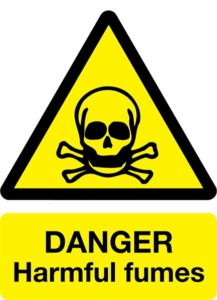 A worker claimed that exposure to fumes from glue when it was applied to foam irritated her lungs and forced her to leave work. She filed a worker’s comp claim. A workers’ comp case manager concluded that because the fumes only temporarily exacerbated the worker’s pre-existing chronic obstructive pulmonary disease (COPD), the claim should be denied. But the Appeals Tribunal found that there was sufficient evidence that  exposure to fumes from the glue has caused the worker to develop more severe COPD symptoms, including occupational asthma. Because these symptoms constitute a permanent aggravation of her pre-existing condition, her injury was covered by workers’ comp [Re: 2010-329-AD, [2012] CanLII 35360 (NS WCAT), June 26, 2012].