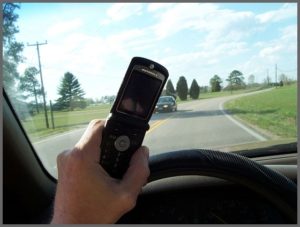 We’ve said it over and over again – employers must take steps to keep workers from using their cell phones while driving. If an employer doesn’t and a worker has an accident while on a cell phone, it could be held liable, we warned.

Many companies have heeded this warning, implementing distracted driving policies in their workplaces. But just having a policy isn’t enough.

Just look at what recently happened to Coca-Cola in the US. A salesperson was driving a company car and talking on her cell phone when she got into an accident, injuring a 37-year-old woman. She sued Coca-Cola and a Texas jury awarded her $21 million (USD).

Coca-Cola’s lawyers argued that its company cell phone use policy, which required the use of a hands-free device when operating a motor vehicle, was consistent with and, in fact, exceeded Texas law’s requirements. But the plaintiff successfully argued that its policy was “vague and ambiguous” and wasn’t enforced in any way.

Think the Coke case is an aberration? It’s not:

As you can see, distracted driving cases are becoming more common in the US—with serious financial consequences. It’s only a matter of time before Canadians injured by driving workers on cell phones follow suit.

The lesson from the Coke and similar cases is that you should have a clear policy banning distracted driving by workers while on the job and/or using company vehicles. You must also adequately train workers on this policy. And when they violate it, you must discipline them appropriately.

For resources that can help you properly implement a distracting driving policy, go the OHS Insider’s Cell Phone and Other Electronic Devices Compliance Center, where you’ll find, among other things: