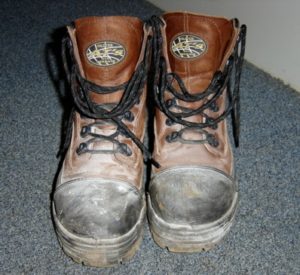 A worker was required by OHS regulations to wear safety boots on the job, which involved a lot of walking. While breaking in new boots, he developed blisters on his feet, which later got infected. His workers’ comp claim was accepted, but the employer challenged it. The Appeals Commission upheld the worker’s claim, rejecting the employer’s argument that his wrongdoing caused the blisters. The Commission found that his blisters were caused by the safety boots he was required to wear at work. Given the amount of walking the worker had to do, there was a risk that he’d develop blisters and that they could get infected. So his injury was work-related and covered by worker’s comp [2015-0671 (Re), [2015] CanLII 52412 (AB WCAC), Aug. 24, 2015].