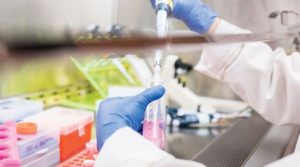 A lab chemist slammed a female co-worker in the arm with her fume hood window, causing a bruise. The chemist claimed the hood was too far open and that he accidentally hit the co-worker’s arm in seeking to slam it shut to prevent exposure to chemical fumes; the co-worker claimed she was deliberately assaulted. HR sided with the chemist and the co-worker quit, seeking constructive dismissal damages and workers’ comp mental distress benefits. After hearing the evidence, the WSAT ruled that the incident was an accident and not an assault. It also concluded that the workers comp bar on lawsuits for money damages barred the constructive dismissal claim. The Ontario court found that both rulings were reasonable and tossed the co-worker’s appeal [Chen v. Ontario (Workplace Safety and Insurance Appeals Tribunal), 2021 ONSC 7625 (CanLII), November 25, 2021].