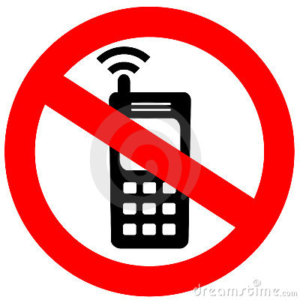 So employers clearly need to figure out how to manage cell phone use at work. But how do they do so without violating workers’ privacy rights? Guest blogger Robert Smithson takes a look at this issue.

Of all the technological developments causing employers to lament a loss of attentiveness in the workplace, the cellular telephone must be the undisputed champion. As recent events involving the Canadian Pacific Railway Company have indicated, the distraction of cellular telephones can have dangerous results.

In the last ten years or so, employers have been scrambling to find a way to stem the distractions caused by evolving technology. Desktop internet access, social networking, emailing, texting, tweeting – for non-work purposes – have taken a substantial toll on employees’ attention to their duties.

Modern smartphones put all of those activities squarely in the palm of the employee’s hand. The temptation to communicate with acquaintances, update a Facebook page, tweet urgent thoughts of universal importance or shop for online bargains has proven irresistible for many.

At a law firm I previously worked with, a legal secretary sat outside my office in my direct line of sight from my desk. She would brazenly type on her personal phone so often in the course of the workday that I nicknamed her “Blackberry Girl.” She wasn’t employed there for very long.

Workplace telephone use can have dangerous results and, in those instances, employers may demand access to records of the employee’s activities. A 2010 accident involving CP Rail trains, combined with that employer’s policy regarding access to employees’ personal cellular telephone records, has generated a debate over the limits of employees’ expectation of privacy.

In March, 2010, a collision between two trains resulted in the spill of 11,000 litres of diesel fuel and the derailment of some 30 train cars and locomotives. The Transportation Safety Board’s report indicated that employees were talking and texting on their phones while on duty including immediately prior to the collision.

CP Rail had adopted a policy of asking its employees, in the course of investigating the reasons for a serious accident or incident, for copies of their personal telephone records. The employees’ union representatives – the Teamsters – grieved that policy on the premise that it violated the employees’ privacy rights.

In June of 2010, arbitrator Michel Picher determined the policy was not a violation of federal privacy rights. He found the policy to be a “reasonable and necessary exercise of management prerogatives, in the pursuit of safe operations.”

Picher noted that there must be a “balancing of interests between the privacy rights of employees and the interests of a railway employer to ensure safe operations.” He found it justified for a “railway in taking certain initiatives designed to detect and deter employee conduct that may pose a threat to safe operations.”

In October of 2010, Picher went a step farther and clarified his earlier decision. In this second decision, he upheld CP Rail’s demand for cellular telephone records covering the entirety of the shift worked prior to an accident, not just the preceding few minutes.

He stated that his earlier decision was not meant to “fragment the shift” for the purpose of the review of telephone records. Records should be accessible by the employer for “the entire period of an employee’s service on the occasion of an accident or incident which is being investigated.”

Picher noted that “in some instances the frequency and length of telephone or text communications, whether before or after a given incident, may provide general insight into an employee’s method of operation – and his or her general respect for the rule against the [workplace] use of personal communication devices.”

But, these decisions can be viewed as a recognition of the interests of employers in managing their workplace, investigating incidents and stemming the tide of on-duty use of personal telephones

For resources that can help you implement a cell phone ban policy in your workplace, go the OHSInsider’s Cell Phone and Other Electronic Devices Compliance Center, where you’ll find: