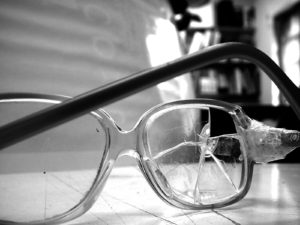 A worker injured his right knee on the job. On his way to a physical therapy appointment for the knee, his right leg gave out. His glasses fell off as he stumbled and he stepped on them, breaking the glasses. He filed a workers’ comp claim for replacement glasses, which was denied. The worker appealed. The Appeals Commission ruled that there was no evidence that the worker suffered a “new and distinct impairment” occurring as a consequence or complication of the original knee injury. As a result, he wasn’t entitled to replacement eyeglasses [Decision No: 2013-0607, [2013] CanLII 45780 (AB WCAC), July 11, 2013].