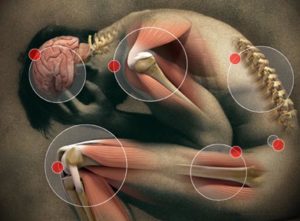 A worker injured her elbow while lifting a full pail at work. She got workers’ comp benefits for the injury. But she later claimed to have compensable chronic pain or chronic pain syndrome, which the Board rejected. The Appeals Commission ruled that, based on the medical evidence, the worker had complex regional pain syndrome type 1 in her right arm, which continued until March 4, 2011. So she should’ve gotten workers’ comp benefits for that condition until that date. But she didn’t have chronic pain or chronic pain syndrome and so wasn’t entitled to compensation for those conditions [Decision No: 2012-331, [2012] CanLII 17520 (AB WCAC), April 3, 2012].