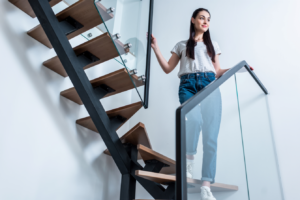 A Québec judge has ruled that a woman who fell down the stairs in her home while making her way to the kitchen to enjoy her lunch break is eligible for worker’s compensation in connection with the injuries suffered during the fall.

The woman’s employer argued that the claim should be rejected given the absence of a connection between the relevant activity and work, as well as the presumption that a fall suffered in the home happens within the sphere of an employee’s private life where the employer has no control. The Administrative Labour Tribunal (the “Tribunal”) disagreed and found that the fall in question constituted a sudden and unforeseen event which happened in the course of work, thereby meeting the criteria to qualify for worker’s compensation benefits. While the Tribunal acknowledged the employer’s absence of control over the employee’s private home, it found that the relevant jurisprudence included many other situations in which the criteria for compensation were deemed to have been met where the incident took place in a location where the employer was unable to exercise any control, including a hotel room or a parking lot where management of the site is handled by a third party. In coming to the conclusion that the criteria for worker’s compensation benefits were met and that the accident happened “in the course of work”, the Tribunal considered the fact that the woman was at home because she had to work, that the employer’s organization of working hours meant that she was supposed to take her break during the time the accident happened. It also considered the short lapse of time between stopping work and the occurrence of the accident.

In arriving at this conclusion, the Tribunal took care to mention that this constituted a decision as to whether the worker was eligible for worker’s compensation benefits and did not constitute a case regarding an employer’s obligations as relates to ensuring a worker’s health and safety pursuant to the Act respecting occupational health and safety. The fact that this distinction was highlighted suggests that other factors could be considered in the health and safety context and that the employer’s lack of control over the relevant space could play a more determinative role when it comes to defining health and safety obligations in scenarios where the workplace is the home.

This decision nevertheless confirms what employment and labour lawyers have been saying for some time now: the blurring of the lines between work and home life, which has only been accentuated throughout the COVID-19 pandemic, has created the need to revisit our understanding around what constitutes “work life” in order to determine an employer’s rights and responsibilities in connection with same.

In fact, this decision comes just days after the decision in Unifor, section locale 177 v. Groupe CRH Canada inc., 2021 QCTAT 5639, in which the Tribunal ruled that the notion of “establishment” extends to a teleworking employee for the purposes of delineating the prohibition on “utilizing, in an establishment where a strike or lock-out has been declared, the services of an employee he employs in the establishment to discharge the duties of an employee who is a member of the bargaining unit on strike or locked out.”‎1‎ In its ruling, the Tribunal found that we have been forced to recognize a broadening of the notion of “establishment” to include the places where the work establishment is deployed, including where it is deployed virtually. The Tribunal further added that telework remains characterized by the notion of legal subordination which is at the heart of the employer-employee relationship: when working virtually the employee works with the approval of the employer and does so using information and communication technologies deployed by or relied upon by the employer.