WINNERS & LOSERS: When Does an Environmental Regulator Owe a Duty to a Private Citizen? 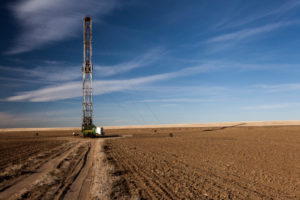 When private property is harmed because of a spill or other environmental incident, the owners may sue the company responsible for the incident and resulting damage. But can they also sue the government agencies or bodies responsible for regulating the company’s environmental activities or protecting the environment in general? Private lawsuits against government regulators for environmental harm caused by regulated companies are rare and usually turn on whether the regulators owed a duty to a private citizen, which is determined by a three-part analysis established by the Supreme Court of Canada based on foreseeability, proximity and policy considerations. A property owner in Alberta sued a company she claimed contaminated her property as well as two government environmental regulators that oversaw the company’s activities and to whom she complained. Here’s a look at two decisions as to the claims against these regulators.

The property owner sued EnCana Corporation, Alberta Environment and the Energy Resources Conservation Board (“Board”). She claimed that the company’s construction, drilling, hydraulic fracturing (“fracking”) and related activities had contaminated her well water. She also claimed that Alberta Environment failed to properly monitor and regulate EnCana’s activities, conducted a negligent investigation into the contamination of her well water and inadequately responded to her complaints. And she argued that the Board was negligent in administering its regulatory regime and failed to respond to her concerns about her well water.

BOARD HAD NO DUTY

The case management judge had ruled that although the property owner had been in communication with the Board, there wasn’t a close enough relationship between them on which to base a private duty of care. And the court agreed. The court found that the Board didn’t owe a private law duty of care to protect individuals, such as this property owner. As the court explained, recognizing “any such private duty would distract the Board from its general duty to protect the public, as well as its duty to deal fairly with participants in the regulated industry.” Public policy concerns demanded that regulatory bodies not be deterred from performing their duties and acting in the best interests of the general public by the fear of being sued by individual citizens who disagree with or claim to be harmed by their decisions. The court added that without such a rule, regulators would essentially become the “insurers of last resort for everything that happens in a regulated industry.”

ALBERTA ENVIRONMENT HAD A DUTY

Alberta Environment asked the court to dismiss the claims against it. The Court of Queen’s Bench Alberta refused to do so, ruling that there was a reasonable prospect that the property owner could successfully prove at trial that Alberta Environment owed her a duty of care.

The court noted that Alberta Environment is the provincial government ministry responsible for environmental protection. Generally, there’s insufficient foreseeability and proximity to establish a private law duty of care between a regulator such as Alberta Environment and an individual; the duties owed are to the public. But there may be sufficient proximity between a regulator and an individual when the regulator embarks upon a course of conduct calling for operational decisions relating to that individual. That’s because government actors aren’t liable in negligence for policy decisions, but may be liable for operational decisions about how a policy is executed, explained the court. Here, Alberta Environment staff made specific representations to the property owner regarding her concerns about well water contamination. So there was a sufficiently close and direct relationship between her and the ministry. And the harm to her was foreseeable. The court also concluded that it wasn’t satisfied that there were residual policy concerns that would negate any duty of care to the property owner.