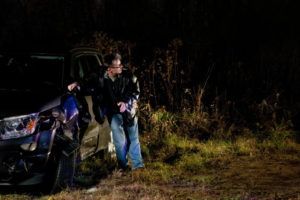 Disciplining workers for activities outside of the workplace is very tricky and often difficult to justify, even if that conduct arguably impacts workplace safety. For example, suppose a worker gets caught driving under the influence of drugs or alcohol on his own time. Can you fire him if, say, his job involves driving or he was on his way to work at the time? Whether you can terminate him for this behaviour depends on many factors. Here are two cases that illustrate some of those factors and how arbitrators balance them in determining appropriate discipline for a worker’s impaired driving while off duty. (For more information on properly disciplining workers, go to the Discipline and Reprisals Compliance Centre.)

A supervisor was driving to work for the night shift when he fell asleep at the wheel and drove into a ditch. When the police arrived, they gave him a breathalyser test, which read .045. So the officer immediately suspended the supervisor’s licence. The supervisor didn’t report to work that night or the next day. When he did appear, he admitted drinking before driving to work but claimed that he didn’t realize he was impaired until he saw the breathalyser results. The supervisor was responsible for nearly a dozen employees, operated heavy equipment and worked near flammable and explosive materials. The employer’s drug and alcohol policy warned that discipline up to and including dismissal could result if an employee, particularly one in a safety-sensitive position, appeared on the premises under the influence of alcohol or drugs. Although the supervisor had no disciplinary record, the employer terminated him. He sued for wrongful dismissal.

A federal arbitrator ruled that the supervisor’s termination was appropriate.

The supervisor’s job was considered a safety-sensitive position. The arbitrator explained that even if a worker has no prior disciplinary record, a serious safety violation can be grounds for termination. In this case, the supervisor’s drinking alcohol before leaving for his safety-sensitive job was a serious safety violation, jeopardizing the safety of his co-workers and the employer’s facility. Concluding that the supervisor recklessly or intentionally decided to consume alcohol before work, the arbitrator noted there was no rational explanation for his behaviour that would indicate he wouldn’t repeat the conduct. Because of the safety-sensitive nature of the workplace and the supervisor’s job, and his obligation to set an example for other workers, the arbitrator ruled that the employer was justified in firing him.

A bus driver for a transportation company who was having some personal problems was stopped by police while driving his own car home from a friend’s house. His breathalyser reading was over .08. He pleaded guilty to DUI and was barred from driving for a year. The driver immediately told his supervisor. He was suspended but then took a non-driving position at a sizable pay cut. When his licence was restored more than a year later, he applied for reinstatement to an available driver’s position. The company’s risk committee then reviewed his DUI conviction but said it would consider reinstatement only after he’d maintained a clean record for five years. The union filed a grievance.

A Saskatchewan arbitrator ruled that the company should reinstate the driver to a driving position.

The arbitrator said the company’s risk committee should’ve reviewed the driver’s DUI conviction as soon as he reported it. By waiting for more than a year, it denied the driver the opportunity to make an informed decision about his future with the company, such as whether he should stay there at a sizable pay cut until his licence was reinstated. The driver made one serious mistake while off duty during a period of difficult personal circumstances. He had no other alcohol-related incidents and so was at low risk to reoffend. Thus, given his record and otherwise good 10-year employment history with the company, the arbitrator concluded that the committee’s decision was unreasonable. So it ordered the company to reinstate him to a driver’s position subject to random drug and alcohol testing for 18 months.