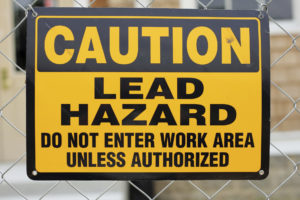 If you can’t eliminate a safety hazard from the workplace, you need to take other steps to protect workers and other individuals from it, such as by posting signs warning of the hazard. For example, you may need to post signs in a warehouse warning pedestrians of the presence of forklifts and other powered mobile equipment. In addition, the OHS laws often require the posting of suitable warning signs in any work area where the noise level exceeds designated levels. But when does a safety sign sufficiently warn of the related hazard? Here’s a look at two cases that turn on the sufficiency of safety signage. (Although one case involves an injury to a visitor, the same analysis of the signage would likely apply if a worker had been injured.)

A ship owned and operated by an Iranian company docked at a terminal and used an automated gangway supplied by the terminal to connect the vessel’s deck to the terminal by a set of stairs on either end of the gangway. There were signs in English posted near the gangway indicating “when horn sounds clear stairs.” The ship’s Iranian cook and a co-worker returned to the ship after buying supplies and were walking down the gangway’s stairs to reach the ship’s deck when the horns sounded. They continued down the stairs. But the gangway moved, throwing the cook onto the vessel’s deck and breaking his right hip. He sued the gangway owner for negligence. The cook, who only spoke Farsi and had limited English skills, said he didn’t see the signs and didn’t understand what the horns meant.

The BC Supreme Court found that the signs by the gangway weren’t sufficient.

The court explained that a warning sign is only adequate if the sign provides anyone subjected to the risk or danger with sufficient detail about that danger so the individual understands the full extent of the danger and how to avoid it. Here, the gangway owner had a duty to ensure the safety of the cook and others using the gangway. This equipment posed an unusual danger because it moved automatically. But its owner didn’t adequately warn users of the dangers through the horns and signs. For example, the signs were insufficient because:

So the court concluded that the signs were confusing even to those who spoke English, much less to someone who wasn’t fluent in English such as the injured cook. It added that the lack of clarity and the language barrier issues could easily have been overcome by a visual drawing of the danger on the signs.

At a golf course, there were signs on a slope saying, “Caution, go slow”  to warn golfers in carts. In addition, signs on the golf carts themselves gave operating instructions and a warning that failing to follow the instructions could lead to serious injury. A woman and her husband, who were experienced with golf carts and hilly golf courses, rented a cart at the course. As the woman was driving the cart, she lost control of it. The cart when down a ditch and hit a tree. She was thrown from the cart and injured her shoulder. So she sued.

The Alberta Court of Queen’s Bench found that the signs were sufficient.

The court explained that a warning sign must be clear and understandable as to the nature and extent of the risk. Here, although the woman claimed she didn’t see any signs, there were signs posted on the slope down which she drove, warning drivers of golf carts to go slow. There was also another sign at the bottom of the slope to the same effect—and in three languages. As to the signs on the cart, the warnings were clear and understandable as to the nature of the risks, said the court. There was a warning not only of the dangers that were inherent in the ordinary intended use of the cart, but also those dangers which flow from the cart’s foreseeable use. And these warnings were adequate, concluded the court.