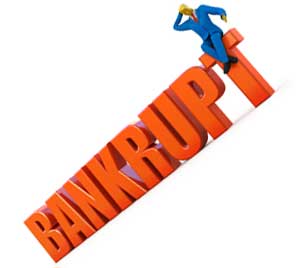 When a company files for bankruptcy, its creditors must typically file claims against the company’s estate for any debts owed to them. The estate then pays these claims in an order specified by the bankruptcy laws. But say a company with environmental obligations files for bankruptcy. Can the government force the company to fulfill these obligations before paying its creditors? Here are two cases in which courts had to decide whether bankrupt companies should be compelled to comply with environmental orders that would require spending the estate’s money.

BANKRUPT COMPANY DOESN’T HAVE TO PAY FOR REMEDIATION

A company used to run manufacturing operations at five sites in Ontario. When it disposed of those sites in the late 1990s, it learned that its operations had caused environmental damage to them, which needed remediation. After the company filed for bankruptcy, the MOE issued remediation orders to the company as to these sites. The company argued that it was protected from all financial claims against it, such as the MOE orders, which would require it to spend about $18 million investigating and remediating the contamination.

The Ontario Superior Court released the company from all obligations under the MOE orders.

The company argued that the MOE’s compliance orders are, in reality, orders to pay money and so the MOE should be treated like any other creditor. In response, the MOE argued that it wasn’t a creditor but a government regulator exercising its authority to require remediation of contaminated property by the party responsible for the pollution. The court noted that the MOE orders related to properties that the company had since sold and no longer used. To comply with these orders, the company would have no choice but to spend money, thus directing some of its limited resources from creditors participating in the insolvency proceedings. So the court concluded that when the MOE tries to compel a company to spend money on prior contamination that’s unrelated to the duties of an on-going business, it’s making a financial “claim” and so must abide by the insolvency laws like any other creditor.

The Alberta Court of Queen’s Bench ordered the cost of the drainage work to be paid from the company’s bankruptcy estate.

The court characterized the company’s duty to complete the drainage work, or at least pay for it to be done, as an obligation owed to the public—not to the county as a creditor. The county was merely the vehicle that protects the public’s interests, explained the court. By not fulfilling this duty, the company was in violation of its permits. And when it filed for bankruptcy, the order permitting the county to do the drainage work at its expense was already in effect. Thus, the company’s bankruptcy estate must pay to fulfill this obligation to the public before it pays the claims from secured creditors.