WINNERS & LOSERS: Is Dust from a Parking Lot a ‘Nuisance’? 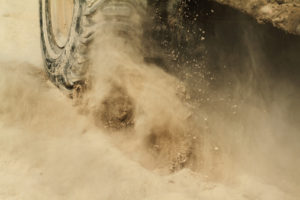 A company’s main source of environmental liability is violations of environmental law as well as related permits or authorizations. But a company can also face liability under common law for so-called “nuisances.” A company is liable for nuisance when it unreasonably interferes with neighbours’ use and enjoyment of their property. And many types of harmful effects on the environment might be considered a nuisance, such as discharges of contaminants into the soil or water. But is dust raised by use of a company’s parking lot a nuisance? Here are two cases in which courts considered that very question.

DUST IS A NUISANCE

The Ontario Court of Appeal upheld the trial court’s decision that the dust from the company’s parking lot was a nuisance.

The trial court had found that the dust from the trucking company’s parking lot interfered with the manufacturer’s use and enjoyment of its lands and that such interference was substantial and unreasonable. It made these findings based on consideration of three factors:

The trial court had concluded that this alleged sensitivity wasn’t what made the trucking company’s failure to pave its parking lot unreasonable, but it contributed to the extent of damages the manufacturer suffered because of the dust. The appeals court ruled that the trial court had considered the appropriate factors and gave them the appropriate weight. And its findings were supported by the evidence. So the appeals court upheld its ruling.

A company that operated a gas station and strip mall used part of its property for truck and RV parking. A neighbour complained that use of the unpaved parking lot created excessive dust that interfered with the use of his adjacent property on which he lived and reduced his property’s value. So he sued for nuisance.

A Saskatchewan Court of Queen’s Bench ruled that the dust from the parking lot wasn’t a nuisance.

The court said, “Dust is a fact of life in rural Saskatchewan” and, to a certain extent, the dust that the neighbour complained of is an annoyance that’s experienced generally by rural residents. However, the court acknowledged that trucks using the parking lot added to the dust in the area, particularly in the drier summer months. But it was far from clear that the trucks and other vehicles that used the parking lot kicked up substantially more dust and debris than would otherwise result solely from the use of the gas station and mall stores. In addition, the court didn’t believe the blowing dust was as bad as the neighbour claimed. And the area wasn’t primarily residential. Thus, although use of the parking lot undoubtedly interfered to some degree with the use and enjoyment of the neighbour’s land, the extent of the interference wasn’t unreasonable and didn’t amount to an actionable nuisance, concluded the court.