Winners & Losers: Does Workers’ Comp Cover Injuries Caused by Horseplay on the Job? 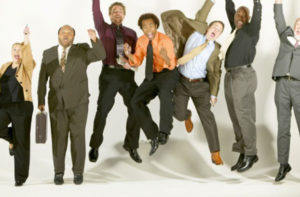 Suppose a worker gets hurt in the workplace not while actually working but while goofing around. Does workers’ comp cover such an injury? In general, a worker is considered to have removed himself from the course of employment—and thus not be eligible for workers’ comp—if he engages in horseplay, provided he’s the instigator and the conduct’s a serious deviation from or abandonment of his work duties. Here are two cases in which a workers’ comp board had to apply this general rule.

During lunch, a worker broke his leg at the worksite and filed a workers’ comp claim. Although the claim was initially accepted, the Board later denied it after an investigation concluded that the worker got hurt while he and a truck driver were playing “chicken.” The Board’s position was that by engaging in horseplay at work, the worker had removed himself from the course of his employment.

The Appeals Commission for Alberta Workers’ Compensation approved the claim.

The Commission noted that workers’ comp policy says that an injury sustained during horseplay can still be considered work-related if:

Here, the worker’s actions didn’t interrupt production because he was on his lunch break at the time. He also didn’t escalate the horseplay into a dangerous activity—the truck driver did. So the Commission concluded that his injury was compensable.

As a driver drove a company truck past a worker, the worker sprayed water at him through the passenger window. Upon the driver’s return, he stopped as the worker again sprayed him with water. The driver and worker then began arm wrestling through the truck’s window. The driver mistakenly pressed the gas pedal instead of the brake. The truck sped forward, hitting the worker and causing him to fall. The truck ran over his arm, breaking it in multiple places. The worker’s claim was denied because the workers’ comp investigator concluded that he was engaged in horseplay at the time of the incident. So he appealed.

The New Brunswick Workers’ Compensation Appeals Tribunal upheld the denial of the claim.

The Tribunal found that the worker had engaged in horseplay consisting of arm pulling and wrestling with someone operating a three-tonne truck while he was walking beside it. This behavior was not only dangerous for those directly involved but also posed a serious safety concern for other workers in the area. Although some horseplay is common in the work environment and condoned by the employer, the horseplay here went beyond what’s reasonable and common, said the Tribunal. In addition, the horseplay between the worker and driver began several days before the incident and escalated to the point of becoming very serious, dangerous and unsafe. The Tribunal concluded that the worker had willingly, intentionally and wholly participated in dangerous and serious horseplay that placed him outside the course of his employment when he was injured.