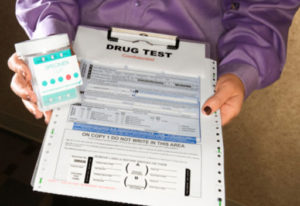 Workers who are under the influence of drugs or alcohol at work pose a serious safety risk. But disciplining such workers is a complex subject because addicted workers are considered disabled and thus entitled to reasonable accommodation. But surely an employer can fire a worker for actually using illegal drugs on the job, right? Not necessarily. Here are two cases in which arbitrators had to decide if termination was appropriate for a worker who smoked marijuana at work.

A city worker was arrested on the job for possessing marijuana. During the city’s investigation, the worker admitted smoking marijuana daily during work hours, saying he “smoked joints at work just like others smoked cigarettes.” He also acknowledged that he’d used a city truck to go to the location where he’d bought the pot. And his crew leader had found drugs in his truck when they switched vehicles one shift. The worker claimed he was addicted to marijuana. When the city fired him, the union argued disability discrimination.

An Ontario arbitrator ruled that the city was justified in firing the worker.

The arbitrator concluded that, based on all of the evidence, the worker didn’t prove that he had a drug addiction. And given that he was purchasing drugs while working, regularly using drugs on the job and operating the employer’s equipment while apparently under the influence of marijuana—thus endangering both his coworkers and the general public—termination was justified.

A worker in a safety sensitive position at an aluminum smelting operation was caught smoking marijuana at work. The operation was a safety sensitive environment involving heavy equipment and molten metals. The employer had a zero tolerance policy for drug use on the job. So it fired the worker. The union filed a grievance, arguing that the worker was an addict and thus entitled to reasonable accommodations.

The BC arbitrator ruled that termination was inappropriate.

The arbitrator acknowledged that the use of marijuana at work in a safety sensitive environment was a serious matter that required a “strong disciplinary response.” And this incident wasn’t the first time the worker had smoked pot on the job. But it was undisputed that worker was addicted to marijuana, which he admitted during the employer’s investigation. Although the employer was aware of his addiction before it fired him, it didn’t attempt to accommodate his disability. The arbitrator said the worker’s misconduct was significant but partially influenced by an illness protected by human rights law. Thus, he ruled that a lengthy suspension was the proper discipline in this case.