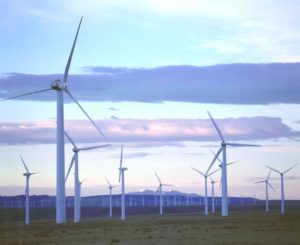 Workers for a company that manufactures wind turbines and towers were being trained in moving a paint ring into a storage rack. The ring was about 15 feet in circumference and weighed about one tonne. The workers attached one end of a sling to the ring and the other end to a reach stacker, which is used to lift and transport large pieces of equipment. The operator of the reach stacker lifted the ring off the ground while other workers helped to guide it into the storage rack. After the ring was inserted into the rack, the workers couldn’t remove the sling from the ring because it was too high and out of reach. The operator of the reach stacker began using the machine to pull on the sling to rotate the ring while it was in the storage rack so the workers could access and remove the sling from it. But the ring popped out of the rack, struck a worker and pinned him to the ground. He sustained critical injuries that required surgery. An MOL investigation found that the company didn’t have a written procedure or documented training for performing this task. The company pleaded guilty to failing to ensure that materials were lifted, carried or moved in a way as to not endanger the safety of any worker and was fined $75,000 [TSP Canada Towers, Govt. News Release, Oct. 11, 2016].