Why You Must Protect Your Workers from Cyberbullying 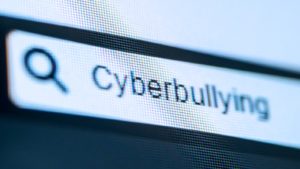 7 ways failing to prevent online harassment can get you into legal trouble.

Myth: Workplace harassment is much less of a challenge now that more people are working from home.

Truth: The proliferation of remote work arrangements hasn’t eliminated harassment, but only caused it to go virtual. Cyberbullying, stalking and other nasty behaviours are on the rise. Since the pandemic began:

As an employer, you’re legally obligated under OHS, human rights and other laws to protect your workers from harassment regardless of where they happen to work. Here’s an overview of the current state of cyber bullying regulation in Canada—such as it is.

Bullying is a form of psychologically, and sometimes physically violent conduct designed to intimidate, offend, humiliate, degrade or demean. Rather than a single incident, bullying typically unfolds on a continuing basis. Cyberbullying means engaging in such behaviour via the internet or other digital means. Examples:

Employers are responsible for protecting their workers from cyberbullying. Failure to meet this duty can result in liability under 7 laws:

In 2015, cyberbullying officially became a crime in Canada when a federal law called the Protecting Canadians from Online Crime Act (aka Bill C-13) took effect. The law (Section 264(1) of the Criminal Code of Canada) criminalizes publication or distribution of intimate images online without consent. Result: Workplace conduct that a few years ago might have been dismissed as a mere prank can now be a ticket to jail.

Example:  A financial advisor whose advances were rebuffed by a co-worker refused to take no for an answer, texting her every day until she finally called the police.  To get even, the advisor sent an email, purportedly from the co-worker, to 9 other workers. The email degraded the co-worker professionally, sexually and physically. Several years later, he used the same tactic to target an ex-girlfriend by sending a degrading email to her HR director and attaching a naked photo. Result: The advisor was convicted of criminal mischief and harassment [R. v. Dewan,  2014 ONCA 755 (CanLII), Oct. 30, 2014].

There have been dozens of cases finding an employer duty to prevent workplace bullying. In January 2021, an Ontario court took the bullying theme to the digital level by ruling that victims of online harassment may sue their tormentors for money damages. The first case in Canada to recognize the online harassment tort involved a woman who engaged in a long running internet smear campaign against former employers, lawyers and others who allegedly wronged her in the course of her adult life. To win money damages, the victim must show that the conduct went “beyond all possible bounds of decency and tolerance” [Caplan v. Atas, 2021 ONSC 670 (CanLII), January 28, 2021].

The Caplan case is a bit of anomaly to the extent it was filed by an employer against an employee. A more significant ruling may be the 2016 Ontario case upholding a labour grievance against the Toronto Transit Commission (TTC) for failing to stem the torrent of abusive tweets targeting employees on the TTC’s customer service account. The duty to protect employees from workplace bullying and harassment under human rights and OHS laws includes not just the physical facility but the social media sites it operates, the arbitrator found [Amalgamated Transit Union, Local 113 v. Toronto Transit Commission (Use of Social Media Grievance), [2016] O.L.A.A. No. 267, July 5, 2016].

OHS laws require employers to safeguard workers against workplace violence and harassment. This is either spelled out in the OHS Act or regulations or implied under the “general duty clause,” i.e., part of the statute requiring employers to manage recognized hazards not specifically addressed in the law.

Most jurisdictions define workplace violence and harassment broadly as covering “vexatious” conduct, including acts and threats of both physical and psychological harm. Bullying and cyberbullying would clearly meet that definition.

The only potential exceptions are BC, Nova Scotia, Northwest Territories and Nunavut, where OHS protections are limited to workplace “violence” and not “harassment,” and which define violence narrowly as an act or threat of physical violence.

Committing or tolerating workplace harassment and bullying may also constitute discrimination resulting in liability under human rights law. Qualification: The behaviour must be based on race, sex, religion, nationality, sexual preference or other personal characteristics protected by the discrimination law, e.g., the homophobic tweets in the Use of Social Media Grievance case noted above. Although it may be unacceptable and illegal under other laws, bullying and harassment directed against workers and/or groups not protected by the law, e.g., the overweight, doesn’t count as discrimination.

If bullying becomes so bad that the victim feels compelled to quit, he could sue you for “constructive dismissal.” The theory: Committing or allowing cyberbullying creates a poisonous work environment in violation of the employer’s contractual obligation (whether express or implied) to provide workers a professional and psychologically suitable workplace.

The seminal case is a 2001 Ontario ruling involving a constant stream of management criticism against an employee with a stellar record. Employers are allowed to criticize employees for unsatisfactory work. But, the Court added, when the employer’s conduct “passes so far beyond the bounds of reasonableness that the employee reasonably finds continued employment to be intolerable,” the employer is guilty of constructive dismissal and entitled to damages [Shah v. Xerox Canada Ltd., [2000] CarswellOnt 831; [2000]]. Although the Shah case involved conventional bullying, the same principles would apply equally to cyberbullying.

Victims of cyberbullying can also sue their employers for the intentional infliction of mental distress. To win such a case, the victim must show that:

Example: A supervisor in Alberta bullied a mentally frail female worker for over 3 years. He humiliated, insulted, manipulated and harassed her at every turn. His language and actions towards the worker grew progressively more violent as she tried to resist his attempts to dominate her. His actions made the worker fear physical harm and, in fact, on one occasion, he did physically hurt her. The worker had a mental breakdown and sued the employer for the intentional infliction of mental distress. The federal court held the employer responsible for the supervisor’s actions and ordered it to pay $35,000 in damages [Boothman v. Canada, [1993] 3 FCR 381, 1993 CanLII 2949 (FC)].

Be sure your workplace violence and harassment policy covers cyberbullying. You can use the template on the OHSI site to create your own cyberbullying prevention policy.