Which Is Safer for Transporting Oil & Gas: Pipelines or Rails? 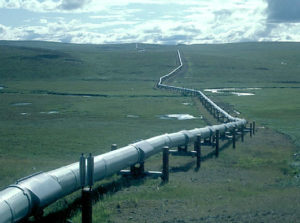 The most common ways for transporting oil and gas is by pipeline or train. Both transportation methods pose risks to the environment, workers and the general public. But which one is safer?

According to a new report from The Fraser Institute, although transporting oil and gas by pipeline and rail are both generally safe, pipelines are safer. Safety in the Transportation of Oil and Gas: Pipelines or Rail? concludes that rail shipments of oil and gas are about 4.5 times more likely to experience incidents than pipelines are.

The report’s conclusions are based on data about incidents involving transportation of dangerous goods from 2003 to 2013 from several Canadian and American sources, including Transport Canada, the Transportation Safety Board of Canada and the US State Department.

Without considering the amount of product transported, rail initially appears to be the saf­er method. For example, the average number of oc­currences in a year for rail, was 27, compared to 111 for pipe­lines. In addition, the percent­age of incidents that resulted in the release of product was lower for rail, at 73% compared to about 84% for pipeline incidents.

But the above doesn’t take into account that pipelines moved just under 15 times more product than did rails.

The report also concluded that more than 70% of pipeline incidents spill no more than one cubic metre of oil, while only 17% of spills occur during transit in lined pipe. Most pipeline incidents occurred at facilities, such as compres­sor stations, gas processing plants, pump sta­tions, terminals, transmission line pig traps, etc. And such facilities may have sec­ondary containment mechanisms and proce­dures to contain these spills.

An issue brief for the Manhattan Institute for Policy Research written in response to the proposed Keystone pipeline from Canada to the US came to a similar conclusion.

But some argue that discussion shouldn’t be about pipelines v. rails but about moving the country away from the use of fossil fuels.