What’s the Cost of Injury in Canada? 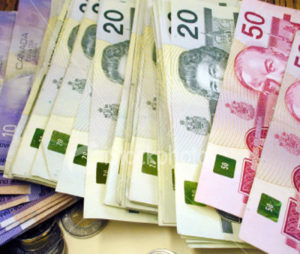 Parachute, in collaboration with The Conference Board of Canada and with support from the Public Health Agency of Canada, recently published The Cost of injury in Canada, 2015. The report quantifies the cost of injury to Canadian children, families, the healthcare system and Canadian society in general.

Although the report doesn’t focus on or break out workplace injuries specifically, its findings are still valuable because it does focus on preventable injuries, which would presumably include most—if not all—injuries suffered on the job.

The report examines all injuries at the national level and also provides breakdowns by jurisdiction. According to the report, preventable injuries resulted in:

Every hour, 427 people in Canada suffer a preventable injury. Such injuries can be a result of events related to:

Preventable injury is the leading cause of death for Canadians aged one to 44. On a daily basis, more than 10,000 Canadians are injured seriously enough to require medical attention. Of these, approximately 9,567 are seen in emergency rooms, 43 die, 634 are hospitalized, and 165 are left partially or totally disabled.

Bottom line: If the country continues on this trajectory, forecasts show that by 2035 injuries will cost Canadians $75 billion and 26,390 lives. Because the vast majority of injuries in Canada are both predictable and preventable, measures can be implemented to reverse this trend—both in general and at workplaces in particular.