What “Due Diligence” Is All About 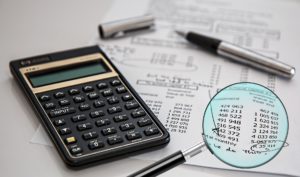 Like most OHS directors, you’re familiar with the phrase “due diligence.” But do you know exactly what it means? Here’s a quick briefing on the concept and how it can help you avoid liability for OHS violations.

Like environmental and other regulatory laws governing business operations, OHS laws are what’s called “strict liability.” Explanation: To be convicted under criminal law, a prosecutor must show that you not only committed the act or omission but did so with a certain state of mind, such as “intentionally,” “recklessly” or “negligently.” By contrast, you can be liable for a regulatory offence simply by doing something the law bans or not doing something it requires.

But things changed soon after prosecutions for regulatory offences began. In a famous 1978 case called R. v. Sault Ste. Marie, the Canadian Supreme Court decided that strict liability was too harsh and that defendants who commit violations should have a chance to avoid conviction by proving that they had an innocent state of mind. This state of mind was and is called “due diligence” and the most commonly used branch of it means taking all “reasonable steps” to comply with the law and prevent the violation.

While technically a legal defence, due diligence has evolved into a practical standard that OHS directors often use to judge whether their OHS programs are compliant. The best way to do that is to keep track of the actual cases decided on the basis of a due diligence defence, determine what the defendant did right or wrong and apply the lesson to your own OHS program and compliance efforts.