What Does the Olrb Teachers Pandemic Decision Mean for Ohsa Appeals? 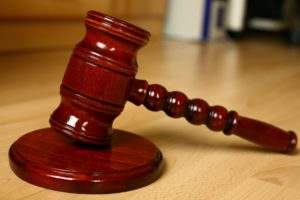 Historically, workers’ compensation law placed a highly restrictive definition on traumatic mental stress injuries, which meant as a practical matter very few stress claims would ever be allowed. However, successful litigation advanced primarily by workers under the equality provisions of the Charter of Rights and Freedoms altered the legal landscape with respect to the treatment of stress claims by Ontario’s Workplace Safety and Insurance Board (“WSIB”). Subsequent legislative and WSIB policy changes made it significantly easier for workers to get entitlement to WSIB benefits for mental stress injuries under the Workplace Safety and Insurance Act (“WSIA”).

However, this expansion of entitlement opened the backdoor for employers to argue that civil lawsuits relating to work related stress should be punted to the workers’ compensation system. The “historic tradeoff” that underpins that system in every province, is that workers give up their right to sue for damages for personal injury in exchange for access to an employer funded benefit scheme.

The legal question that arises from the broadening entitlement to WSIB benefits for stress is: to what extent are employees barred from pursuing stress claims in court? The Workplace Safety and Insurance Appeals Tribunal (“WSIAT”) is the legal body in Ontario that determines whether the worker has a “right to sue” when a legal claim is potentially barred by the WSIA.

In Morningstar v. Hospitality Fallsview Holdings Inc., WSIAT found that actions for damages flowing from a workplace mental stress injury are barred by WSIA, when those damages flow from a work injury falling within the scope of WSIA (even when the remedies sought are different from those compensated under WSIA).

In Morningstar, the worker resigned from her employment and claimed damages for constructive dismissal due to the harassment, bullying and abuse she endured during the course of her employment, which harassment resulted in mental distress and the creation of a poisoned work environment. In response, the employer filed an application with WSIAT seeking a declaration that the worker’s civil action against it was statute-barred by WSIA.

WSIAT found that the circumstances leading to the worker’s claim for constructive dismissal, in essence, constituted an injury that occurred within the scope of the Act, which was amended to provide for entitlement for chronic mental stress arising out of, and in the course of, the worker’s employment. The circumstances of this case were exceptional – the mental distress she suffered at the hands of her co-workers and management was to such a degree that the worker was forced to take a sick leave and ultimately to resign. WSIAT held that if proven, these facts were inextricably linked to a claim for mental stress injury that would be governed by the terms of WSIA.

In response, the worker argued that no accident had occurred within the meaning of WSIA. However, WSIAT rejected this argument, noting that “accident” is defined broadly and inclusively in the legislation, and includes a willful and intentional act that is not the act of the worker, a chance event occasioned by a physical or natural cause, and a disablement arising out of and in the course of employment.

In a clearly worded decision, the Divisional Court made categorically disagreed with the legal approach taken by WSIAT. The Court stressed that the “historic tradeoff” was meant to insulate employers from “tort” (i.e., negligence) claims as opposed to cases alleging a breach of contract. The Court held that a claim for constructive dismissal is a claim related to a breach of the employment contract and WSIA does not ordinarily prevent employees with WSIB claims from pursuing wrongful dismissal actions.

The Divisional Court reviewed WSIAT caselaw and noted that wrongful dismissal claims are barred only in rare cases, “…where the circumstances of the wrongful dismissal claim are inextricably linked to the work injury.” WSIAT held in this case that the worker’s entire constructive dismissal case was based on the stress condition she developed in the workplace and thus the threshold for being “inextricably linked” to the claim was met and the action was barred. The Court disagreed.

The heart of the Divisional Court’s decision was that WSIAT made a critical legal error when it found that the underpinning of the constructive dismissal claim was the stress condition which arose in and of the course of employment. The Divisional Court noted that, under Ontario law, Plaintiffs may pursue different types of legal actions and damages based on the same facts. It was noted that workers who are advancing wrongful dismissal actions are seeking pay in lieu of notice (and in this aggravated and other damages) and not damages for lost income which are commonplace in personal injury cases.

The Divisional Court found that the WSIA was never intended to remove the right to sue for breach of an employment contract. It held that the correct approach was to determine whether a worker was advancing a legitimate claim for constructive dismissal or dressing up a WSIB claim as a claim for breach of contract.