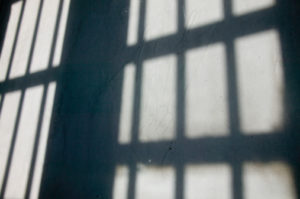 Employers are likely well aware that they’re not immune from the application of criminal law when it comes to workplace safety. However, most are probably thinking about corporate criminal negligence under the Bill C-45 provisions of the Criminal Code.  They aren’t likely thinking about how a worker’s violent conduct in the workplace could result in personal criminal charges for the workers involved.

Two recent cases illustrate that workplace violence is something that has ramifications beyond just the violence prevention duties imposed on employers under OHS laws. (See the OHS Insider’s Workplace Violence Compliance Centre for more on these duties.) It can also result in police investigations, criminal charges and imprisonment for the violent worker.

In R. v. Parker, [2013] CanLII 64243 (NL PC), Oct. 15, 2013, a worker at Bay Bulls dump in Newfoundland was sentenced to four years in prison following guilty pleas to charges that included aggravated assault, assault and mischief. The worker punched and kicked a co-worker in the head with steel-toed boots.

The violent incident took place when the worker was training someone to operate heavy equipment at the dump in Oct. 2011, when a workplace dispute boiled over and led to the assault. The worker was told by a co-worker he was standing in an unsafe place, but he ignored the warning. When he was asked again by the co-worker to move, the worker lost control of his emotions and attacked his co-worker. The court was told that after the worker cooled down, he was actually the one to call the ambulance and try providing assistance to his injured co-worker, who’d suffered serious injuries with lasting effects including a stroke, impaired speech, impaired cognition and partial paralysis.

In a more recent case out of Ontario,  R. v. Schultz, [2014] ONCJ 9 (CanLII), Jan. 9, 2014, a backhoe operator was convicted of assault after he tried, in a fit of rage, to throw a co-worker off a backhoe. The incident happened after the worker confronted the backhoe operator for coming into contact with his father’s truck.  It didn’t help that the worker had also complained about the operator’s use of the backhoe on the previous day.

The worker testified that he approached the backhoe while it was loading a truck and tried unsuccessfully to get the operator’s attention. He then opened the backhoe’s door and yelled at the operator. They struggled in the doorway, with the operator punching the worker’s hand and kicking him in the leg and ribs.

The court found the operator guilty of common assault. He has yet to be sentenced.

Employers should be mindful of these cases—as should workers. Several jurisdictions have specific provisions in their OHS laws relating to an employer’s obligation to prevent violence in the workplace, such as requirements to develop violence prevention policies and train workers on these policies, including ensuring that they know that violent behaviour isn’t allowed in the workplace. And employers in the remaining jurisdictions have an obligation to address workplace violence under the general duty clauses in their OHS laws, which have been interpreted to mean that employers must ensure the safety of their workers as it relates to violence in the workplace.

Both of these cases focus on the violent worker and the personal consequences they faced as a result of their conduct, and didn’t discuss the OHS implications for their employers. However, the employers in these cases should consider whether they met their due diligence obligations with respect to violence prevention and did everything they reasonably could have done to try to prevent these violent incidents from happening.

Employers may also consider sharing these cases with workers in their workplace violence training to drive home the point that engaging in violent behaviour in the workplace may result not only in discipline and OHS violations, but also personal criminal charges.