Update: Some Provisions of Bill 160 to Take Effect April 1 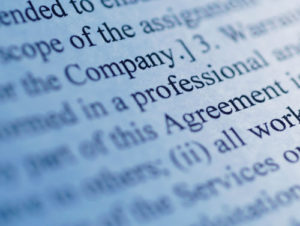 On June 1, 2011, Bill 160, the Occupational Health and Safety Statute Law Amendment Act, 2011, got Royal Assent. Many sections took effect immediately, but not all of them.

For example, the following provisions take effect on either April 1, 2012 or a date set by the Lieutenant Governor, whichever is earlier:

For employers, the most important of these sections are those that refer to the JHSC. As of April 1, the CPO has the power to establish training and other requirements that a

committee member must fulfil in order to become a certified member. (Such requirements have yet to be set. We’ll let you know when they are.)

Employers should ensure that the JHSC and its co-chairs are aware of this new power and understand when and how they can exercise it. (For more information on JHSC requirements and powers, including recommendations, go to the OHS Insider’s JHSC Compliance Center, which includes a Model JHSC Recommendation Form.)

Several sections of Bill 160 are set to take effect on a day to be named by the Lieutenant Governor, including the reprisal-related sections, which amend Sec. 50 of the OHS Act:

We are currently unaware that the Lt. Governor has announced a date for these provisions to take effect. However, the Ontario Labour Relations Board, which handles reprisal complaints, has announced that they take effect April 1, 2012, and that it has new procedures that reflect the changes.

We are working to confirm that the reprisal sections do, in fact, take effect April 1 and will keep you apprised of what we learn.