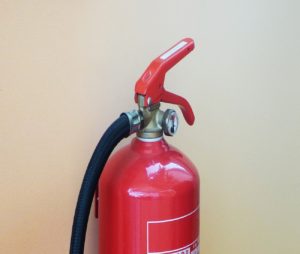 OTTAWA – The Canadian government is expanding a recall of Kidde and Garrison brand fire extinguishers to cover some 2.7 million of the devices in Canada, including some that date back more than 40 years.

Health Canada says the fire extinguisher can become clogged or require excessive force to operate and may fail during a fire.

The agency also warns the nozzle may come off with sufficient force to pose a hazard.

The expanded recall involves fire extinguishers not included in previous recalls in March 2009 and February 2015.

The recall is in concert with Kidde and the U.S. Consumer Product Safety Commission – more than 37 million extinguishers are being recalled in the U.S.

Health Canada says the company has received reports of two cases where the extinguishers didn’t work properly in Canada.

Kidde says it has received a report of a death in the U.S. involving a car fire and some 390 other reports of malfunctions involving extinguishers in the U.S. that led to 16 injuries.

The model numbers for the affected products can be seen on the federal government’s website.