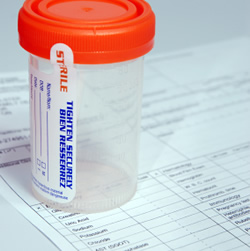 A worker found a site supervisor sleeping in a company vehicle during working hours at the site. He tried to wake the supervisor up several times. Eventually, the supervisor drove away, narrowly missing a worker standing nearby. The company required the supervisor to submit a urine sample for drug testing. He didn’t provide enough urine for the test and lost his cool, leaving the testing facility. He eventually was tested and it came back negative. The company laid him off, so the union filed a grievance. But after the union investigated the situation and found evidence he’d tried to cheat the test, it withdrew the grievance. The supervisor claimed the union violated its duty to him by doing so. The Labour Relations Board ruled that the union’s decision to drop the grievance was sound and there was no evidence of a “grand conspiracy” against the supervisor [Complainant v. International Union of Painters and Allied Trades, Local 177, 2014 CanLII 51386 (AB LRB), Sept. 4, 2014].