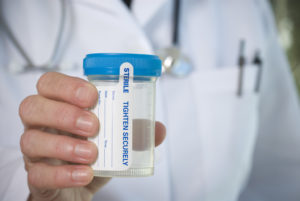 An ironworker impaired by drugs and alcohol fell off a ladder and hurt his arm. His foreman suspended him because of his impairment. The ironworker then slashed the tires on the foreman’s vehicle. The union sent him a last chance letter spelling out what he had to do to keep his union membership. The worker went into rehab and then had surgery on his arm. When he tried to return to the union’s hiring hall, the union suspended his membership and refused to send him out on jobs. He filed a disability discrimination complaint. The Human Rights Tribunal admitted that the union’s actions were at least partly based on the worker’s addiction. But the demands that the union made of him for his return were in good faith, and were reasonable and rationally connected to the purpose of dispatching ironworkers who’ll be safe at work, i.e., not under the influence of drugs or alcohol. The union also tried to accommodate the worker’s addiction but he failed to meaningfully participate in the accommodation process. Thus, the Tribunal ruled that there was no disability discrimination [Huber v. Leland, [2014] BCHRT 139 (CanLII), June 18, 2014].