Two Companies Fined $95,000 after Sand Hopper Tips over onto Worker 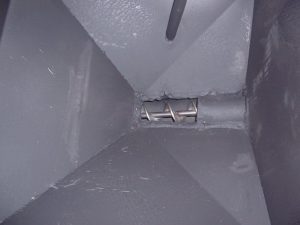 At a project at a mine, a three-tonne sand hopper was positioned above a drilled rock hole. Because the sand wasn’t moving freely inside the hopper, a worker employed by a paving company used an air lancer to facilitate sand movement. A sudden shift of sand in the hopper caused it to begin to tip over. The worker tried to run clear of it but the hopper and the sand fell on him. A supervisor and co-workers were able to free the worker, who sustained injuries. A subsequent MOL inspection revealed that the hopper wasn’t built to any engineering specification to ensure stability and prevent tipping without the use of a ballast. In addition, the hopper support frame didn’t provide complete support for the hopper in one plane of motion, and thus shift of the material in the hopper could affect its stability. The mine and the paving company both pleaded guilty to failing to ensure the hopper was adequately braced to prevent any movement that may affect its stability or cause its failure or collapse. The court fined the mine $55,000 and the paving company $40,000 [Porcupine Gold Mines and Miller Paving Northern, Govt. News Release, Jan. 26, 2017].